Hisense has now announced and confirmed US availability for a new series of smart TVs, the Hisense R6E series. This is a series that follows on from the R7 lineup which became available in the US in June of this year after being first announced in January. While the R7 line was affordable in general, the R6E series is even more affordable, with prices starting from as little as $298.

In total, there are five models making up the R6E series with the lowest-priced ($298) model being a 43-inch TV. From here, the size rises to 50-inches and the price to $328. Then there is a 55-inch model which costs $398 and a 60-inch model priced at $498. The largest model comes in at 65-inches and will cost $648. Besides the price, one of the main selling points with these new TVs is the inclusion of Roku TV OS as the operating system in use. This was the same case with the R7 line and therefore this new lineup represents a building on the relationship between the two companies. As a result, buyers can expect a fully app-enabled operating system where a number of the most popular apps can be downloaded directly on the TVs. According to Hisense, the Roku TV integration means access to more than 5,000 streaming channels, and over 500,000 movies and TV episodes, including ‘The Roku Channel’ which offers access to some free content. Speaking of which, The Roku Channel recently became available to everyone – without the need of a Roku-branded device.

It’s also worth noting the R6E series TVs also support 4K Ultra HD, as well as HDR10, and UHD upscaling where possible. One of the main areas of difference, besides size, between the models is in the audio power of the TVs. As the smaller 43-inch model comes equipped with 14-watt speakers, while the 50-inch and up models feature 20-watts of audio power. Those opting for the largest TV can also expect the loudest audio experience, thanks to the inclusion of 30-watt speakers on the 65-inch model. At present, Hisense has only confirmed availability of the R6E line through Walmart, with no details on if, or when, the new TVs will become available through other retailers. 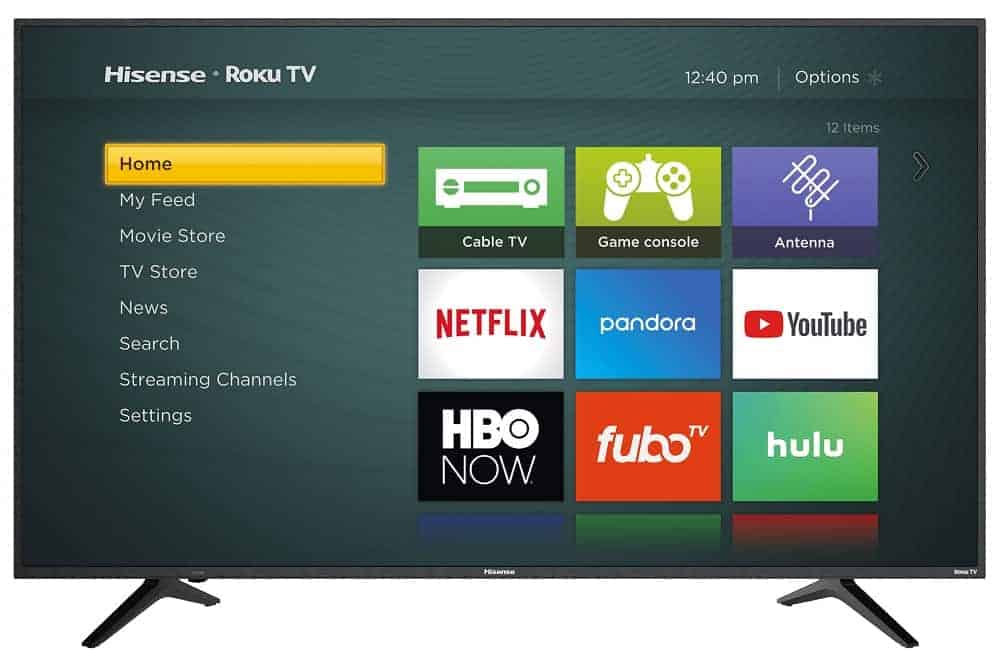