Guns of Boom was only released worldwide on May 18, but it has already amassed 5 million downloads and made an estimated $1 million in revenue. The free-to-play, first-person shooter had achieved a significant following during its soft launch, with two million downloads since 2016, but things have taken a staggering turn upwards after it rolled out officially in the iOS App Store, Google Play and Amazon App Store.

Developed by Lithuania-based studio Game Insight, the team-based shooter features cartoon-like graphics sees players take part in deathmatches similar to games such as Team Fortress 2 or Overwatch. Unlike those titles, however, Guns of Boom employs assisted aim and auto-fire features to compensate for the lack of accuracy provided by touch screens compared to traditional mouse or controller-based movement.

The title has already seen some new weapon upgrades and a new map since it was released several weeks ago, as well as an all-new mode titled “Capture the Points” (a sort of “King of the Hill” type affair). Check out the launch trailer for that below. 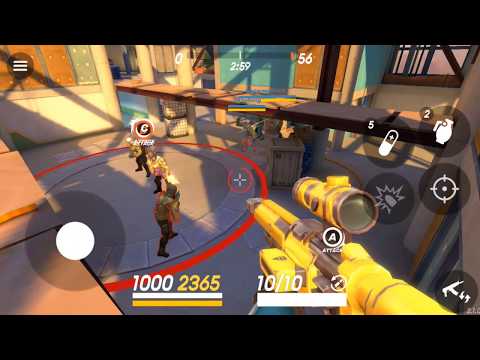 “The critical and commercial successes of Guns of Boom in such a short space of time demonstrates how much demand there is for classic game genres done right on mobile,” said Anatoly Ropotov, CEO of Game Insight, in a statement. “With this game, we re-conceived every aspect of the first-person shooter genre, from controls to competition – and players have rewarded these efforts.”

Game Insight also has a number of other popular free-to-play games under its belt including Transport Empire: Steam Tycoon and many more simulation titles. This looks on course to be its biggest hit yet, though.

If you haven’t checked out Guns of Boom yet, you can pick it up for free at the Google Play link below. Give us your thoughts on it in the comments.