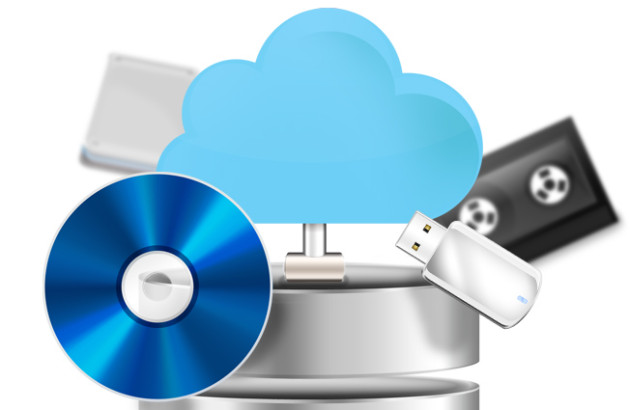 We’ve all been in a situation before where we needed to either factory reset our phone, send it in for a warranty replacement, etc. Not a big deal by itself, but you’ve got 3 stars on 80% of Angry Birds levels, and who would want to lose that accomplishment? You want to be able to keep that data forever. Fortunately, it’s pretty easy to do, and this guide will help you get started. You’ll even be able to start transferring some app data to new phones when you upgrade.

Carbon is an application by popular developer, Koushik Dutta, who has also developed ClockworkMod Recovery, ROM Manager, and a recent Superuser application. Needless to say, he’s made some extremely useful applications that are very widely used. Carbon is no exception, and it allows any device running Android 4.0 or higher to back up their applications and data without root. All you’ll need is your device, a computer, and your USB cable. (It’s worth noting that according to its Play Store page, Motorola devices are not supported due to a bug on Motorola’s part.)

First off, you’re going to need the free companion desktop application to use the backup features (for non rooted users only).  There are versions for Windows, OS X, and a Linux shell script, so regardless of what kind of computer you’re using, you’ll be able to take advantage of Carbon. If you’re using Windows, you’re also going to need specific drivers for your phone. There’s a link on the download page (above) with a list of drivers for easy access and installation, and just about every major OEM is covered. OS X and Linux users don’t have to worry about the driver issues.

Once you have that all set up and running, start the Carbon desktop app, connect your device via USB to your computer, and start Carbon on your phone or tablet. Wait just a few seconds, and Carbon will be fully enabled so you can start backing up your apps. You can now disconnect your phone/tablet from your desktop and utilize the app itself. You won’t have to reconnect your phone/tablet again, but if you reboot your device you will have to connect it again to re-enable the app. It’s an inconvenience, but a minor one when you consider this is the only option for backing up app data for non rooted devices.

There’s a few cool features and tricks you’ll probably want to take advantage of while using Carbon, though, so poke around and look at some settings before you back up your massive stockpile of apps. Let’s say you really only want to back up your Angry Birds data, but you don’t mind re-downloading the app from the Play Store first. If you swipe up the bottom tab in Carbon, you’ll see a check box that gives you the option of backing up only the app data, and it does exactly that; your bigger apk will not be saved, but the data that goes along with it will be saved. You’ll have to download the app from the Play Store before you can restore that data, but if you want to save some storage space on your phone or SD card and don’t mind the extra step, that can be a pretty helpful option. There are also quick options to select and deselect all available apps in this window.

If you don’t mind going for the paid version of Carbon ($4.99), you’ll get a really cool feature; the ability to back up your data to cloud storage. Carbon supports Dropbox, Box, and Google Drive, and it can seamlessly get your data on your favorite cloud service. That’s extremely helpful if you’re switching over to a new phone without an SD card, or just to make a backup in case you were to ever lose your phone.

So let’s fast forward a bit and say you’ve got your warranty exchange, you’ve finished your factory reset, or you just brought your shiny new phone home after upgrading. Restoring those applications is quick and easy, and all you’ll have to do is download Carbon from the Play Store. After downloading, run Carbon, connect it to your computer again, and you’ll be able to restore all of your apps and data. That precious Angry Birds is still completely intact. You’ll never have to worry about losing data again.

You can also use Carbon as a rooted user  and you don’t need to bother with the desktop companion software. Everything else works the same, but I prefer the next option, Titanium Backup because it’s more feature rich, but Carbon is still a great app.

Carbon is useful, and if you can’t or don’t want to root your device, its backup capabilities are fantastic. If you are rooted, however, it’s hard to beat Titanium Backup’s extremely rich feature set. It essentially works the same as Carbon but with a bit more flexibility and automation. It also works on any device that can be rooted, regardless of manufacturer or OS version.

First off, with Titanium Backup, you must be rooted. There’s no way around it. If you need some help on that, we do have a guide to rooting to get you started and answer most of your questions. If you’re already rooted, just download and install the app and start it. It will prompt you for root permissions, which you will want to grant, of course, and you’re ready to start backing things up.

Titanium Backup has three tabs you’ll be looking at; an overview page, a backup/restore page, and a schedules page. For this guide, we want that middle tab to start backing up applications. You’ll see a long list of every single application that’s installed on your phone, including system applications and data. This is the biggest difference from Carbon, and it’s extremely important to remember. Backing up and restoring system applications and data can cause serious problems. As a general rule of thumb, it’s much safer to manually sign back into accounts and adjust settings instead of restoring a backup for those settings. In some cases, restoring system data will be fine, but more often than not it will cause problems. Restoring system data from one device to another will definitely cause problems.

Now that we’ve got that friendly disclaimer out of the way, tap the “Click to edit filters” button above your app list. For safety, we want to uncheck the boxes under “Filter by type” except for the User option. Only the User box should be checked, and the System and Uninstalled box should be blank. Tap your green checkmark at the top right of the screen to go back to your app list that’s been completely filtered to only user apps and no system apps. Here you can manually select which apps to backup and restore, so if you really only wanted to keep data for your games when moving to a new device, it’s easy to do so.

Now let’s say you want to run a full backup for your apps. That button on the top right of the screen, next to the magnifying glass, is your “batch” button in Titanium Backup, and that’s where the magic happens. Tap that and it will give you a long list of actions you can take. For this backup, we want to run the “Backup all user apps” action. This pulls up a list of your user apps where you can individually check each app you want to back up, or you can simply select all of your apps. After figuring out what you want backed up, tap the green checkmark at the top right and the batch action will run in the background.

Restoring your apps again is pretty much the same thing. When you go to your batch actions list, scroll down a bit until you find the action for “Restore all apps with data.” This list will show each app you’ve backed up so you can batch restore everything you need, data included. The free version of Titanium Backup will make you press a yes dialog box for each app you want to restore, so it’s not totally automated, but the paid, premium version does it all behind the scenes. And, like Carbon, you can set up schedules to back up at specific times and, if you opted for the paid Pro Key, sync your local backups to cloud storage. So if you’re in one of those situations we mentioned earlier, like moving to a phone without an SD card or just making backups in case your phone is lost or stolen, Titanium Backup supports the same three major cloud storage services for backing up your data.

Like always, there’s plenty of Android apps available that do what Carbon and Titanium Backup can do, (although Carbon is the only app that can fully backup nonrooted devices) so if neither of these seem like your cup of tea, it’s easy to find an alternative. Both of these apps have relatively simple, easy to use designs that most users can figure out to do something that we’ve all needed to do once or twice with our phones.

Come comment on this article: How to backup apps and app data on your rooted or non-rooted Android phone or tablet