How can love grow when murder and violence threaten their world? The time for sacrifice draws near…Neely Powell’s dark fantasy Awakening Magic 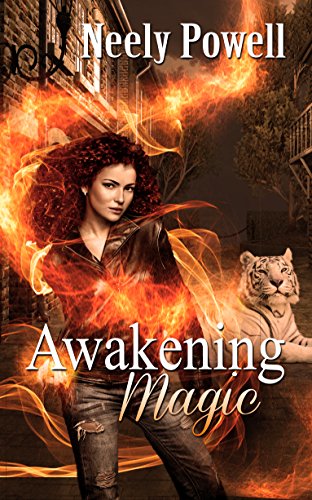 An enchanted town. A vengeful spirit. A powerful coven under siege.

For generations the Connelly witches made a great sacrifice to protect their town. In exchange, New Mourne remained a refuge for humans and supernatural beings to live in peace. Now Brenna Burns, or another chosen female of this generation, is next in line to die—unless Brenna can find a way to end the curse of the malevolent Woman in White.

With coven protections breached, Sheriff Jake Tyler joins the battle. The witch and the shapeshifter search for answers to break the curse, becoming closer every day. Passion overrules reluctance as their romance intensifies. But how can love grow when murder and violence threaten their world?

The time for sacrifice draws near. The powers of the Connelly witches may not be enough to defeat the dark magic that holds New Mourne. As the demonic influence drains the small town of its peace, the coven struggles to break its deadly bargain with the Woman in White.

Enjoy Neely Powell’s Books? Tell us Why and Win a Free Book!
Authors and Publishers: How to Sponsor Kindle Nation Daily

The post How can love grow when murder and violence threaten their world? The time for sacrifice draws near…
Neely Powell’s dark fantasy Awakening Magic appeared first on Kindle Fire on Kindle Nation Daily.