How to Maximize Your Free Storage Space on Every Cloud Service

Between Dropbox, Google Drive, OneDrive and a half dozen other services, the sky's the limit on how much cloud storage you can get. Here are some of the best ways to get extra free space on each service.

Every cloud storage provider has a variety of changing promos that can give you extra storage space, so it's always worthwhile to keep an ear to the ground. Some of the promotions we mention here may change over time, but they'll also likely be replaced by something else. Cloud storage providers seem to like giving away space like candy if it means new customers. 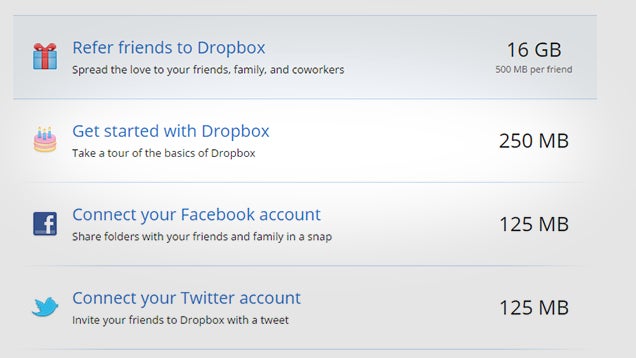 Dropbox probably offers more freebies than just about any other providers, which makes it excellent if you need to get some bonus storage. Here are some of the methods you can use to get extra space:

You can also check Dropbox's Get More Space page here to find any other tasks you can complete to earn more space. There is also a link here to check your personal account settings to see which space you've already earned and which ones you can still complete. 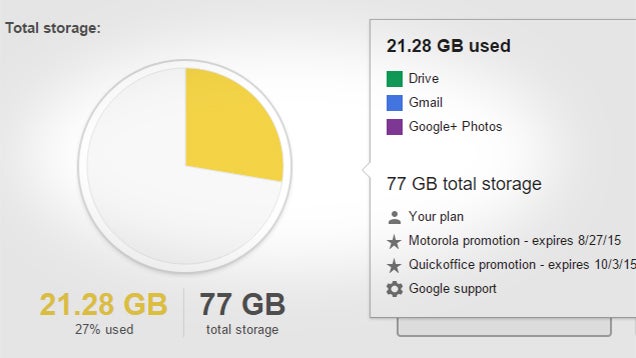 Google's competing cloud storage has a bit of home field advantage. Google was already home to a lot of your data before it ever started syncing folders on your desktop. While the company offers some promos that can give you extra space beyond the default 15GB, there are a lot more tricks that you can use to upload data that doesn't count against your storage limit.

You can check your storage settings here to see how much space you have free, how much comes from promotions, and which types of data are taking up space. If you fill up too much, you can delete or convert some of your files to make room. Google also offers similar promotions to Dropbox when you purchase certain devices, or complete tasks like the Security Checkup promo they ran last month. Be sure to keep an ear out for these. 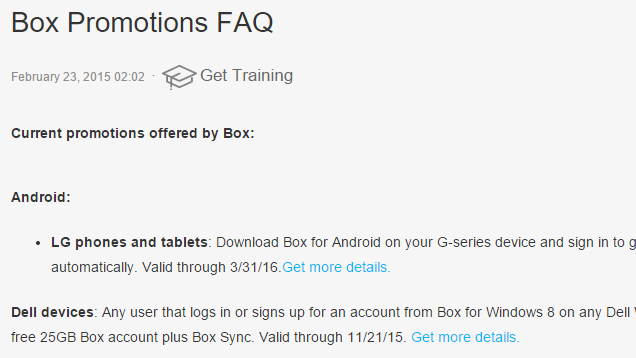 Box offers 10GB of free storage with its basic plan. Like all of the others, you can pad that out with certain promotions—usually by installing the Box app on a specific phone or tablet. Unlike the others, Box has a handy page here that will tell you all the devices that will currently net you extra space. Unfortunately, Box doesn't offer any bonuses for referrals, but keep an eye out for install-our-app promotions. 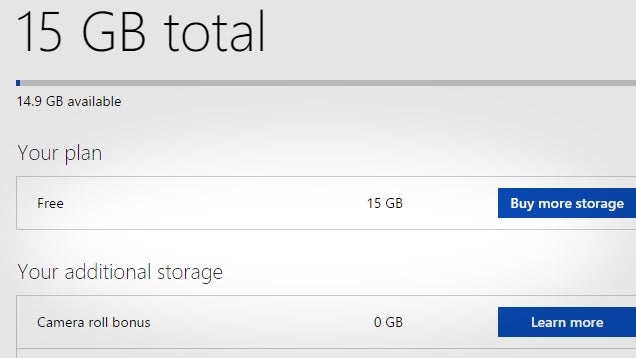 Like Dropbox, Microsoft's OneDrive offers several bonuses you can earn for your account. You can see which bonuses have already been applied to your account from your settings here. A couple of them will be shown even if you haven't done them (like the Camera Roll bonus in the screenshot above) but others aren't listed. Here are the ones we found:

OneDrive has become a formidable competitor to Dropbox, not the least of which because it's integrated directly into the most-used desktop operating system in the world. You can't get a ton of space without paying for it, but every little bit helps.

If you've tried everything else on the list and still need more space, you can pad out your storage with BitTorrent Sync. The service just launched its 2.0 software, which allows you to sync up to 10 folders between devices with no storage limit at all. While the folder workaround is a little obnoxious, you can easily use this to sync your largest files, while leaving services like Dropbox to handle the rest.

Of course, BitTorrent Sync doesn't keep copies of your files on any servers, so you can't use it as a backup like you can with Dropbox, Google Drive, or OneDrive. If your devices get destroyed, your files are gone. But it's still better than nothing.

The above services may be the biggest ones around, but the internet has no shortage of companies willing to loan out some space on a server. If you still don't have enough after maxing out everything so far, here's a list of other companies that will offer you some free space:

Even if you don't do anything to earn bonus space, the most basic plans from the services we've listed in this article combined would give you over 100GB of storage without lifting a finger. However, you can raise that number by quite a bit with minimal amounts of effort.