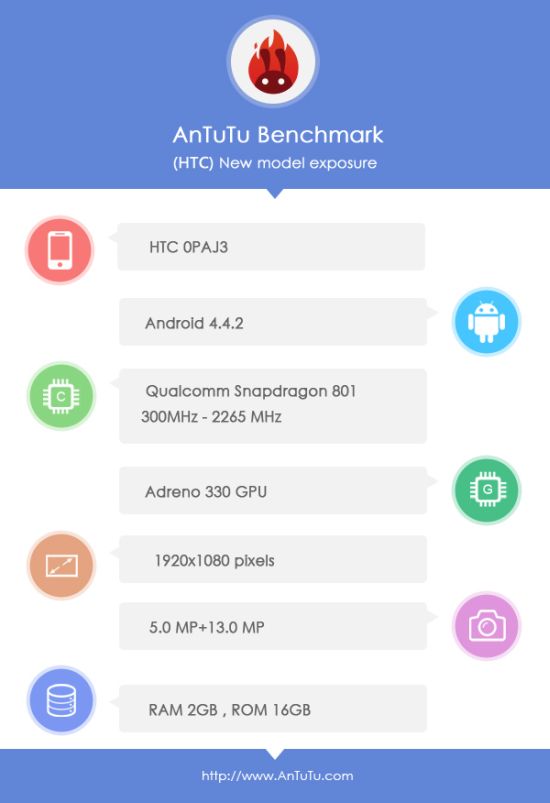 Last year HTC launched two flagship devices; the HTC One, and the HTC Butterfly. Since HTC typically launches at least two flagship phones per year, if not more, it would make sense to see a follow-up to 2013′s HTC Butterfly, and if the latest AnTuTu benchmark is any indication, we’ll definitely see one later this year.

The benchmark was for a device with a model number 0PAJ3, which is rumored to be a new HTC Butterfly. The specs on the device look pretty typical for a 2014 flagship device, with 2 GB of RAM, a Snapdragon 801 processor and a 1080p screen, but an interesting thing to note is the 5 and 13 megapixel cameras. The 5 megapixel camera will likely be the front-facing shooter, with the 13 megapixel camera being the rear camera. HTC’s signature Ultrapixel camera has an infamously low megapixel count, so a 13 megapixel camera points towards the Ultrapixel getting cut from the Butterfly. Of course, we heard a lot of weird things about the new One’s camera prior to launch, too, so it’s probably safer to not take too many guesses until we hear something official from HTC.

via: G for Games

Come comment on this article: HTC Butterfly successor pops up in AnTuTu benchmark