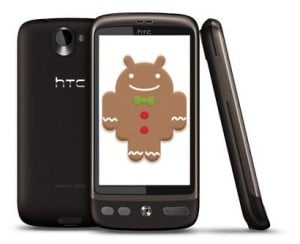 HTC recently made an announcement that Desire would not be getting an update to Android 2.3, due to its lack of sufficient memory. But after some deliberation (and negative response from Desire users), they decided to launch Gingerbread, minus a few apps to help with the memory issues.

We heard a few days ago that HTC had begun testing the update for Desire. Well, HTC has made another announcement via their Facebook page, stating that they are done with testing, and the Desire will officially receive some 2.3 love by the end of July. We'll let you know when we get our hands on an official date.

So, Gingerbread is really coming, but how well do you think it will perform on your Desire? Who's excited about the update?? Share your thoughts in the comment below, or on our Facebook Wall!