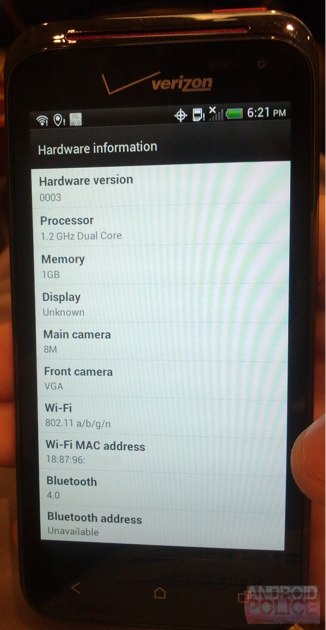 The HTC Incredible 4G has been kept under wraps leaving us to only guess what the phone might be like. Well, thanks to a quality leak we now have the specs and pictures of the phone.

Android Police reports that the phone has about a 4-inch high definition display (this is only a visual guess,) and is powered by a 1.2 GHz processor with 1GB of RAM, and (of course) will run on Verizon's LTE network. It'll run Android 4.0 Ice Cream Sandwich out of the gate alongside Sense 4. The smartphone will also feature an 8 megapixel rear-facing camera and a VGA-front-facing camera, NFC, MHL, and Beats Audio support. The estimated price is in the neighborhood of $99-$149 with a two year contract.

Check out more photos after the jump and let us know what you think!