The sensor is activated via a swipe and can be programmed to recognize three different fingers. Each finger can be tied to a different function, allowing quick access to frequently used apps. One finger, for example, can unlock the phone, while another might open up the camera. 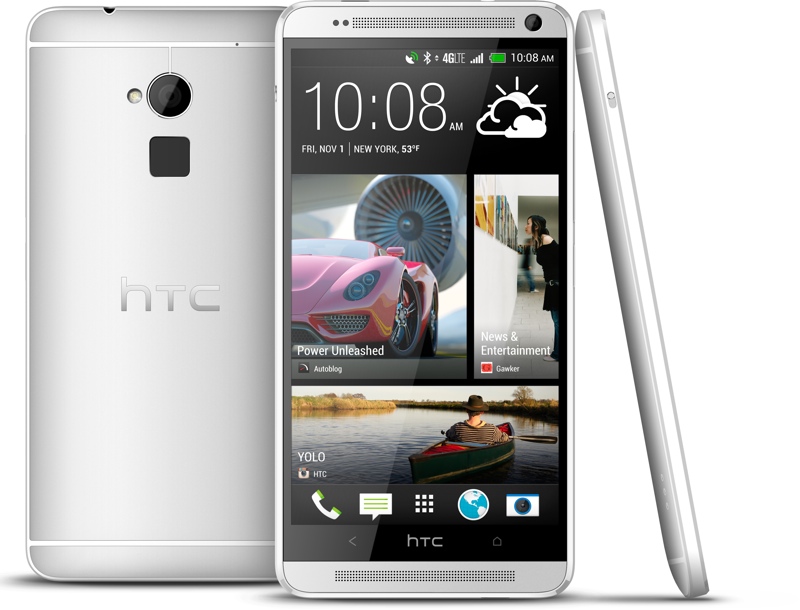 While that sounds useful in theory, reviews of the HTC One max have likened its fingerprint sensor to little more than a gimmick. While the iPhone 5s received rave reviews for the Touch ID’s utility and ease of use, the One max fingerprint sensor appears to be less functional due to its location and the need to wake the phone from sleep before use. The Verge has a detailed review of the feature, calling it an "exercise in frustration."

Firstly, it's placed in exactly the wrong place. Sitting immediately below the camera lens and requiring a swipe, it pretty much compels you to smudge the lens every time you want to identify yourself. The need for a vertical swipe is also problematic, since your hand’s natural position is at an angle to the sensor, demanding an unnatural and uncomfortable motion to activate it. Inevitably, that leads to regular failures to recognize your epidermic signature.

Equally enervating is the fact that you have to wake the One max from sleep before swiping to unlock it. The whole point of these fingerprint sensors is to speed up security processes, not make them more finicky, and that’s exactly where the HTC One max fails. There's plenty of potential here, as you can enroll up to three different fingers and assign each an app to launch, but that only works from the lock screen — why not universally? As it is, the fingerprint scanner implementation here is clumsy, awkward, and comfortably in line with the long history of failed attempts at making this technology work.

Pocket-lint agrees, noting the difficulty in using the fingerprint scanner without swiping the camera lens.

But it's irritating that you have to press the standby button before you can swipe to unlock the phone, so it's a two-stage process and we'd much rather it was one.

Much as we hate to say it, the fingerprint scanner on the iPhone 5S is much better when it comes to unlocking: you press the button, it scans, and you're in. It's one process. On the HTC One max, we suspect that some will find it fiddly from the off, and disable the feature in favour of regular on-screen security.

In addition to a finger print sensor, the One max features a 1.7Ghz quad-core processor, a 1080p display, 16 to 32GB of expandable storage, a 4-megapixel UltraPixel camera with an f/2.0 aperture, and a 3300 mAh battery for up to 25 hours of talk time.

The smartphone will be available on Sprint and Verizon later in October.