HTC M8 Ace could be a plastic, more affordable version of the One M8 [RUMOR] 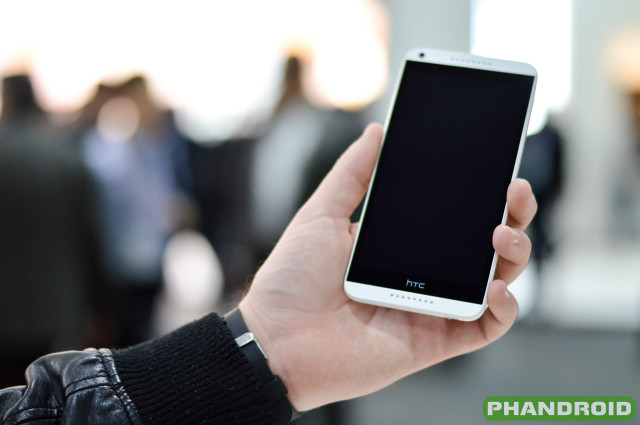 When we got our hands on the HTC Desire 816 during this year’s Mobile World Congress, we loved HTC’s direction for the phone. Touted as a slightly bigger, polycarbonate version of the HTC One for Europe/Asia, the phone offered a fair amount of specs, at a more affordable price.

It wasn’t too long ago rumors of an “HTC One M8 Ace” surfaced online, although details on the phone were scarce (we did get a nice blurry press shot though). But it appears the folks at Engadget may have uncovered a few new deets on the phone, said to feature a unibody plastic construction (similar to the recently released HTC Desire 816) but with a form factor more in tune with the HTC One M8.

According to sources, HTC aims to compete directly with the Samsung Galaxy S5 by offering the same specs — 5-inch 1080p display, Snapdragon 801 processor, etc. — but undercutting them on pricing. Rumors suggest the phone could launch at around $480 off-contract, although nothing is confirmed quite yet. Bring that price closer to $400, and we think HTC could be onto something here.

There’s no question plastic is a more cost effective material for OEM’s looking to improve their bottom line. If HTC can cut costs by offering a non-aluminum version of the HTC One M8 (maybe with a 13MP as found on the Desire 816), we have to admit — we’d bite. What do you guys think?