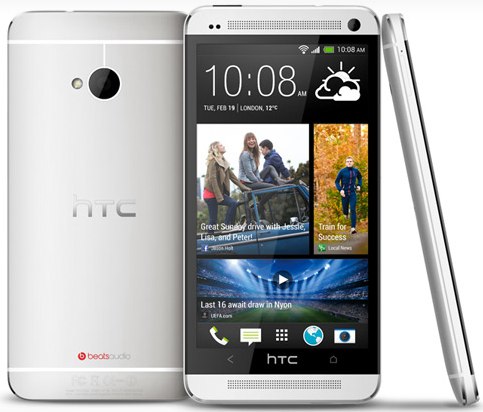 HTC has announced it's newest flagship smartphone--the HTC One. What makes the HTC One stand out among the rest? It's got a great design aesthetic and the specs to match. The One packs a 4.7-inch LCD display (bonded to the Gorilla Glass 2 enclosure) with 1080p resolution. That's an impressive 468ppi.

The HTC One also boasts an impressive camera that ditches the megapixel game in order to focus on vastly-improved low-light capabilities instead. The result is a 4-megapixel rear camera that HTC's marketing department has renamed UltraPixels, which each capturing 300% more light than a typical 8-megapixel shooter. It's a bold move, and it's in line with what Nokia's Lumia 920 PureView camera is all about. The One also has optical image stabilization (OIS) for both the rear and front cameras. Speaking of the front camera, it's also an ultra-wide angle camera, similar to what HTC packed into the Windows Phone 8X.