We love to bring you reviews of all kinds of accessories. This week, we’ve got quite a few HTC One cases to play with, so we’ll be bringing you a few reviews every day. We’re calling this the HTC One Case Review Madness Week. So what are we waiting for? Let’s go!

We’re nearing the end of our Case Review Madness Week, and the Incipio DualPro is one of the last to get the spotlight. This case is essentially like the DualPro Shine, but the back is made of a carbon fiber material (hence the “CF”). Whether that’s good or bad remains to be seen, but the DualPro CF is Incipio’s attempt to appeal to the Kevlar-loving crowd.

The case itself is constructed in the same basic way that the DualPro Shine is: a thin inner silicone layer and a hard outer shell. The outer shell is made of a carbon fiber-like material, although it doesn’t feel quite like the Kevlar backing that Motorola has made famous in their Razr line recently. But then again, maybe that’s what Incipio was attempting to do. 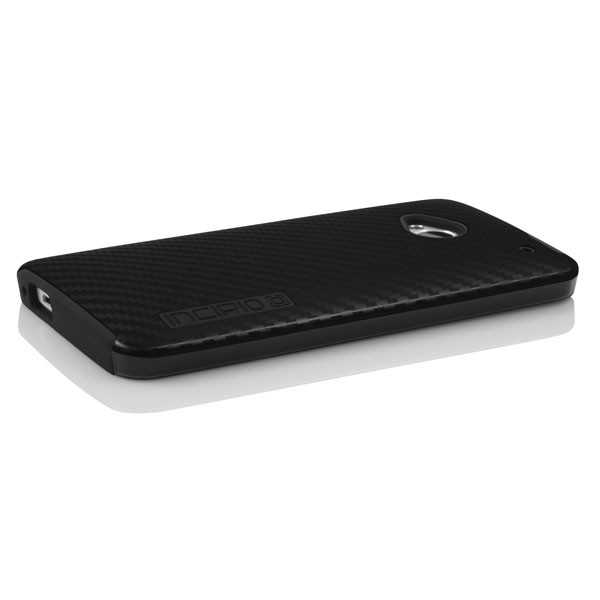 The CF definitely pulls off the carbon fiber look with the patterned back. It’s sold in two colors, Black/Black and Silver/Black, which seem to be the only colors that don’t look ridiculous when made with carbon fiber. Following the design of the rest of the DualPro line, there isn’t much of the silicone that’s seen on the outside, other than the top and bottom edges, around the camera, and a subtle Incipio logo on the back. This makes for a simple, yet elegant appearance, which is always nice to see.

The DualPro CF is a very light case, especially considering that it’s a hybrid. Thanks to that thin silicone layer we saw on the DualPro Shine, the CF adds hardly any weight to the HTC One. Given that it’s made of carbon fiber, which is often associated with heavy things (i.e. Kevlar and bulletproof vests), the CF is surprisingly light. It’s not at all thick, so it maintains a slim profile when on the phone.

In terms of grip, the DualPro CF is surprisingly lacking. The outer shell is made of carbon fiber, but it’s not the rubbery carbon fiber/Kevlar that we’re used to seeing from Razr devices. This is a plastic-covered carbon fiber, so it’s actually quite slippery. There’s still a certain amount of grip, but no more than any other typical flat plastic case. I was fairly disappointed by this, as “carbon fiber” translates to “good grip” for many users, myself included. The DualPro CF isn’t the easiest to hold on to, but I still managed to not drop it during my few weeks of usage. 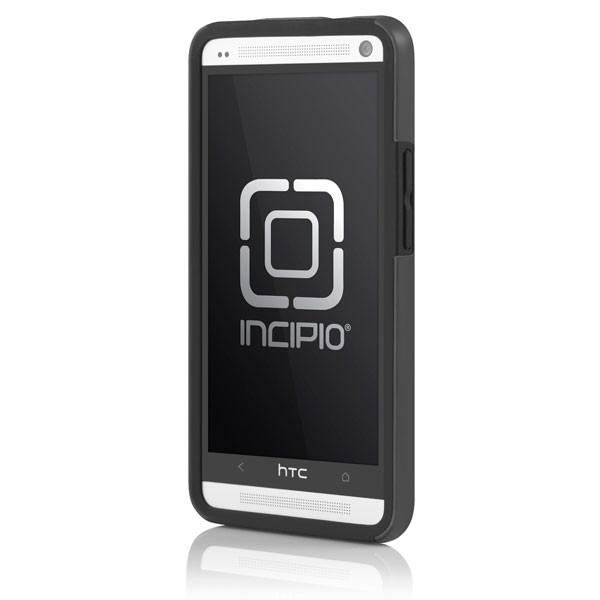 Despite the grip, the drop protection offered by the CF seems to be pretty good. Because of the construction and materials, it feels sturdy enough to survive the average drop, but not so sturdy that it’s just a solid case. So if it slips out of your hand, at least you can rest assured that your HTC One is protected.

The DualPro CF is a great attempt by Incipio to satisfy the carbon fiber-loving users out there. Unfortunately, it just doesn’t have the grip to live up to the name. Still, it’s a functional case that serves its purpose by protecting the HTC One without adding much weight or thickness to it. Incipio may not have hit a home run with this, but they at least got the bases loaded. So if you want to pick up a DualPro CF for your One, you can get it for $34.99.