HTC One M8 Ace featured in the ugliest press render ever 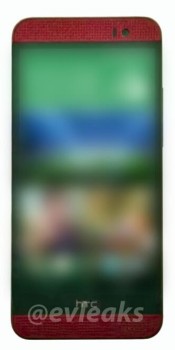 But it appears we have a bit more solid evidence thanks to a rather ugly looking press render that has leaked. The latest image was delivered by @evleaks, giving us a look at a phone that is unusually concealed and quite blurry for these sorts of things.

The artifacting and pixelation on the bezels of the render make it hard to know of the M8 Ace is equipped with BoomSound, but we wouldn’t be surprised if it wasn’t. We also see a camera and a possible notification light or proximity sensor to the right. Finally, it looks like the M8 Ace has that same black strip of doom that everyone hates so much on the all new HTC One M8.

Beyond that, though, we aren’t given much to work with. If Samsung’s own “Ace” line of devices is anything to go by, we probably won’t be expecting this one to set the world on fire (but there’s nothing saying HTC can’t break the mold).