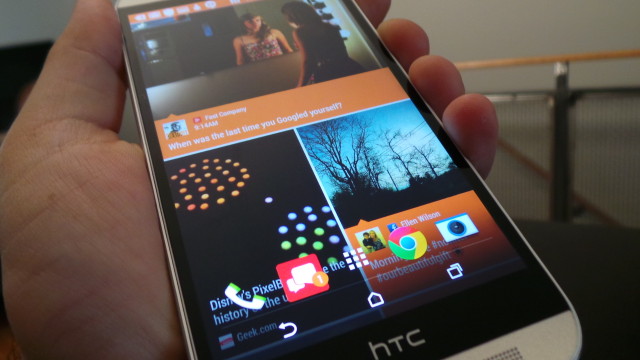 Whether it’s slicing up fruit in your favorite mobile game, or scrolling through menus and homescreens, screen latency is absolutely vital to the user experience on our mobile devices. Contrary to popular belief, the time it takes for your smartphone to register the touch of your finger tips doesn’t always have to do with the amount of GHz found on your smartphone either. Much of this is software based. You may have heard from friends or family (or even experienced it yourself) how responsive iOS can be even on the oldest of hardware (yes, GPU acceleration helps a good deal as well).

Imagine our surprise to find a newly released Android device smashing previous records when it came to screen latency — the all new HTC One M8. In a review we came across from the French tech blog Lesnumeriques, they found the HTC One M8 scored an incredible 46ms screen latency. The next closest device (which held the previous record) was the Samsung Galaxy Note 3 at 67ms, followed by a variety of Apple products like the Apple iPhone 5/5s with 75ms. For reference, here’s a chart showing some older devices. 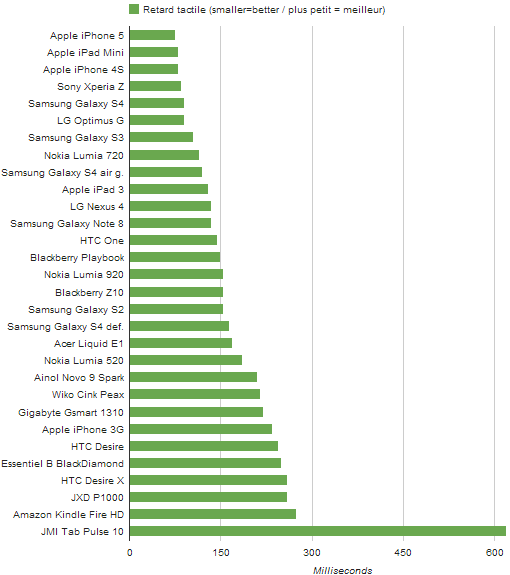 We should note that left out of their tests was the upcoming Samsung Galaxy S5 and Sony Xperia Z2, two of the biggest smartphones of the year (although their previous iterations can be found scoring relatively high). You would think a faster processor comes largely into play, except for those awkward times when it doesn’t.

So what does this tell us? Well, it let’s us know that the future Microsoft envisioned is closing in fast, and the HTC One M8 could be leading the way. Score another one for the M8.