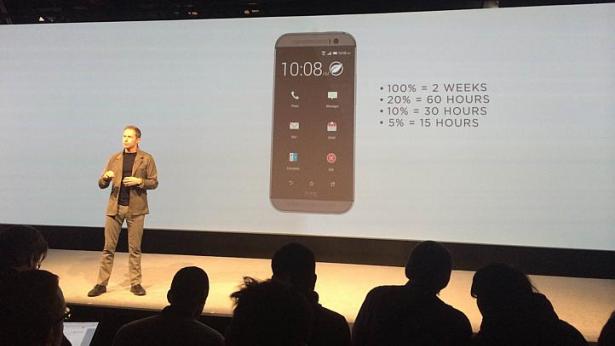 I’ve been playing with the HTC One (M8) for a little bit now and I have to say I’ve been quite impressed with the phone (the review is coming very soon!).  One of the things that I have been most impressed with so far is the battery life.  The battery life on the M8 is simply astounding and thanks to a new software update, it can get even better.

A software update is currently rolling out to the M8 which will enable the Extreme Power Saving Mode that HTC touted at the initial announcement.  Similar to Samsung’s Ultra Power Saving Mode, enabling this mode converts the phone’s UI to the bare essentials and will only allow you to access to call, text and e-mail.  While you’re more limited in what you can do, battery life (particularly standby time) is greatly increased.

If you haven’t already received the update, jump into your settings and click on about phone.  In there you should be able to manually check for the update.

HTC One (M8) Update Brings Extreme Power Saving Mode To Device is a post from: Android in Canada Blog