HTC One Max officially official with 5.9-inch display, Snapdragon 600 and a fingerprint scanner

HTC has officially announced the HTC One Max, the phablet version of their 2013 flagship phone that does more than just increase the screen size. Aside from the massive 5.9-inch 1080p HD display on this thing, new changes include a removable backplate, the ability to add additional storage, and — you guessed it — a fingerprint scanner! 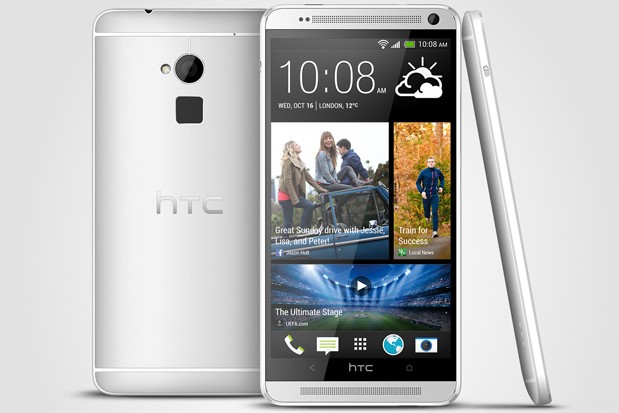 Aside from the aforementioned changes, this device is largely the same in the specs department when paired up against the original HTC One. Here’s the quick list in case you need a refresher:

The added space to make room for a bigger battery is the most interesting, with HTC promising 25-28 hours of talk time. Despite the backplate being removable, the battery is not interchangeable (though with such a big battery we’re not sure you’d need to anyway).

Just as rumors suggested, the fingerprint scanner is on board and lets you do a bit more than just unlock your device. You can assign up to three different apps that can be launched depending on the finger you swipe. It sounds like a pretty neat trick, giving HTC a somewhat unique take on the mobile tech Apple reintroduced with the iPhone 5S. We can’t speak to the quality of the HTC One’s scanner up against Apple’s Touch ID yet, obviously, but interests are piqued nonetheless.

HTC Sense 5.5 doesn’t bring many dramatic changes in terms of usability and looks, but HTC did make BlinkFeed more useful. For starters, users can now enjoy more refined customization of categories and topics. You can integrate with new social networks like Instagram and Google+. Finally, BlinkFeed now also allows you to cache up to 120 articles for offline viewing.

HTC is also introducing Video Highlights in the camera software, a feature that will automatically combine photos and videos with a soundtrack and theme, and highlights can now be as short or as long as you want them to be.

HTC didn’t have much to share about specific regions and carriers, but they did promise that the device would start rolling out across the “globe” from mid-late October. We know Verizon will eventually be on board here in America, and there’s a pretty good chance all of the other major carriers are going to get in on the fun, as well.

It’s time for the moment of truth — are you buying? We know anything and everything there is to know about this device, though with all the prior leaks there wasn’t much of a surprise here. Some folks are saying HTC took too long to launch this Galaxy Note 3 competitor, but these added features (namely the fingerprint scanner) might still be worth it for some of you.

Drop your vote in the poll below, and follow that up with a comment in the comments section to let us know what you are excited for (or why you won’t be throwing money at HTC if you’re on the other side of the fence).