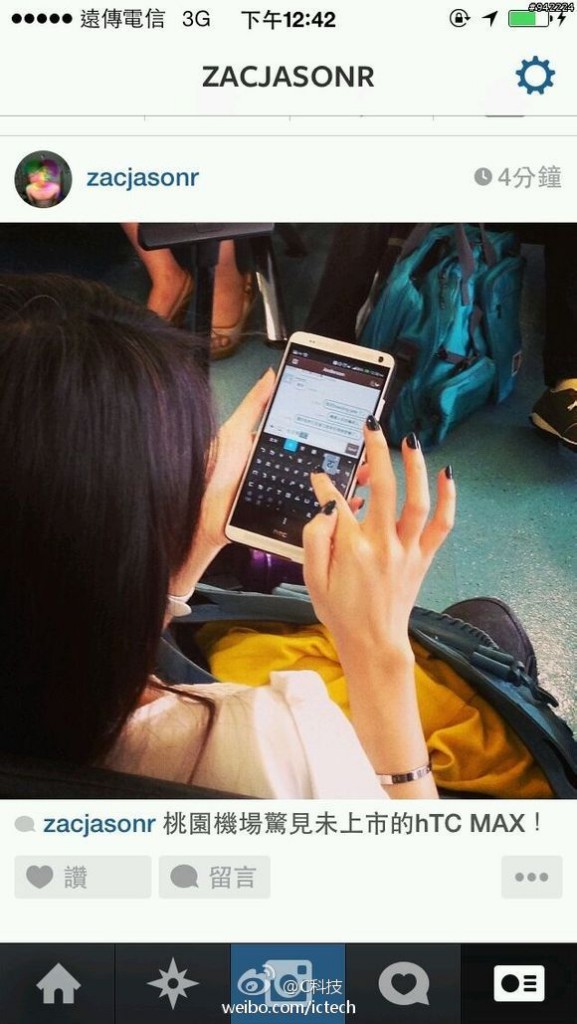 HTC is said to be bringing us a big version of the HTC One on October 15th, and if that news is indeed true then it would explain why it’s been popping up in the wild as of late. Another shot of the device has made its way to the forefront. The device is in use by a female with petite hands, and while that may have something to do with just how big it looks, we think a lot of it is the device itself.

The HTC One Max is supposed to sport a 5.9-inch 1080p display, and if that isn’t enough to make this device tablet-esque, perhaps the room needed for those quality BoomSound stereo speakers is. Unfortunately we still have yet to see another shot of the back of the device, which apparently houses a fingerprint scanner that will allow you to unlock the device with ease (at least according to several independent reports, including one by the Wall Street Journal, anyway).

Other rumored specs of the HTC One Max are supposed to include a 1.7GHz Qualcomm processor, 2GB of RAM, and more. We’re just under a week away from a supposed Taiwan unveiling so we’ll be bringing more official deets to you just as soon as that happens.