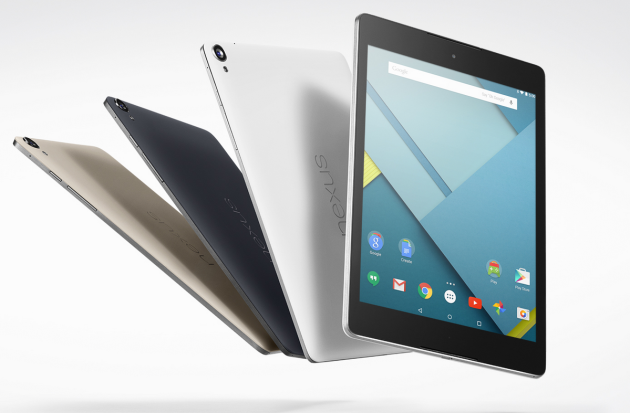 HTC’s often-rumored Nexus 9 tablet is official, and it looks like one of the best Android tablets we’ve ever seen. The device sports an 8.9-inch screen big enough to enjoy movies and games but still small enough to carry around throughout the day. The specs are top notch, too, including a Tegra K1 CPU, 2048×1536 resolution on the screen, and 2 GB of RAM. It’s also equipped with HTC’s fantastic BoomSound speakers, too.

Software is pretty self-explanatory; you’ll get Android 5.0 with no OEM modifications, and it’s a Nexus device, so updates will come quickly from Google. The tablet also looks like it’s getting quite a bit of accessory support, too, as Google is already showing off an official keyboard case for the device. If you’re looking for an Android tablet for true productivity, this might be the way to go.

The Nexus 9 will release on November 3rd in a few different variants. The 16 GB model runs $399 while the 32 GB costs $479, and both will come in white and black. Google and HTC plan on releasing a sand color and LTE version of the tablet later this year, too.

What are your thoughts on the Nexus 9? Is it worth the premium price tag over the Nexus 7 or other cheaper Android tablets?