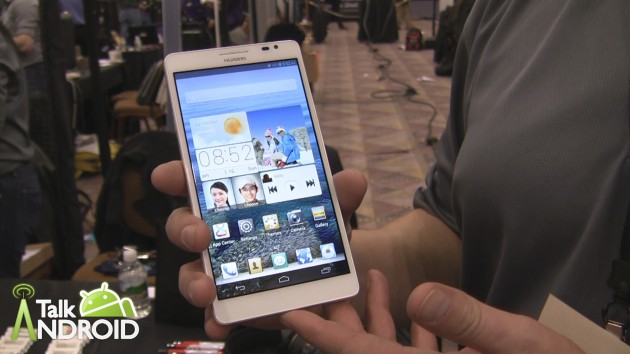 It seems like we have been waiting for the release of the Huawei Ascend Mate for a really long time, but in reality Huawei is not too late in releasing the device relative to some of our earlier projections of a February release date. Huawei has confirmed today the giant phone will be available in the Chinese market on March 21 for 3,120 yuan ($500 USD). You may recall the Ascend Mate comes with a huge 6.1-inch IPS display, a 1.5GHz quad-core processor, 2GB of RAM and a gargantuan 4050mAh battery, running Android 4.1 Jelly Bean.

What is still unclear is whether the Ascend Mate will ever find its way outside of China. There is some hope that it will at least make it to some European markets like Germany, where Amazon has listed the device for €499 ($646 USD).