The source claims that the two listings did not really reveal any additional detail, though. The Huawei Mate 20 and Mate 20 Pro are both expected to become official in October, though Huawei still did not set a date for their launch, which is understandable because August is not over yet, we’ll probably get more info in September. The Huawei Mate 20 and Mate 20 Pro will, allegedly, ship with three cameras sensors, and that camera setup actually leaked recently. On top of those cameras, Huawei will include Leica’s lenses, as was the case with a number of the company’s flagship offerings in the past. Both devices will be made out of metal and glass, if rumors and leaks are accurate, while both will be fueled by the Kirin 980 64-bit octa-core processor which Huawei plans to introduce at this year’s IFA in Berlin.

The Huawei Mate 20 will probably ship with a notch, while the Mate 20 Pro may actually ship without one, at least according to some rumors. A ton of info leaked, and we received plenty of conflicting info, so it remains to be seen what will the front of each phone look like exactly. Both devices will sport rather large displays, while chances are that they will both include at least 6GB of RAM, though it’s possible that a 4GB RAM variant of the Mate 20 will also become a reality. 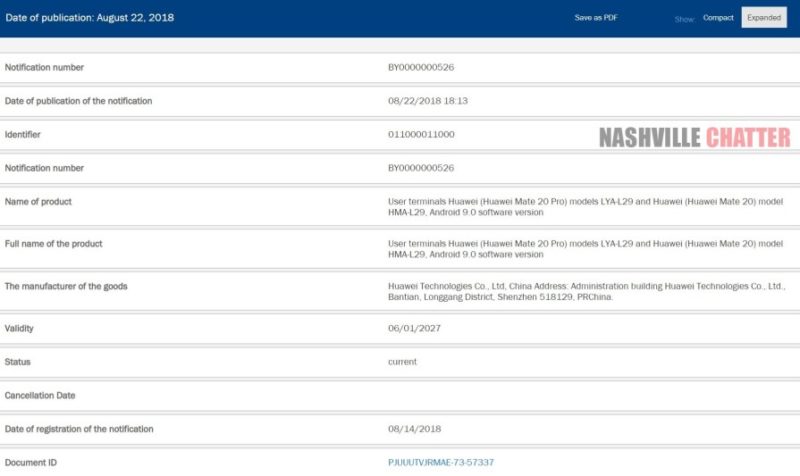 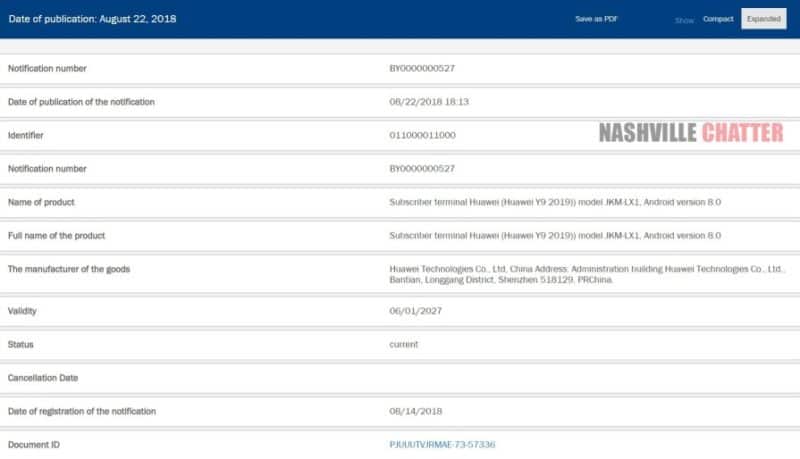 The post Huawei Mate 20 & 20 Pro Certified By The EEC With Android 9 appeared first on AndroidHeadlines.com |.