The Huawei Mate 20 and Mate 20 Pro have just surfaced yet again, this time the two phones are shown in renders. Two renders have surfaced overall, and each of those renders offers a really good look at the design of the Mate 20 and Mate 20 Pro back sides. First and foremost, it is worth noting that both devices will be made out of metal and glass, which is something these two images confirm. Also, the two phones will both ship with three cameras on the back, though those cameras will be implemented differently on each device.

Let’s start with the Huawei Mate 20, as you can see, this phone will sport three cameras which will be vertically aligned, while a dual-LED sensor will be set off to the side. A fingerprint scanner will be located below the phone’s cameras, while both Huawei and Leica brandings will sit on the back of the Mate 20. All the physical keys will be located on the right-hand side of the Mate 20, while its SIM card tray will be accessible from the left, it seems. The Huawei Mate 20 Pro, on the other hand, will have the same shape of the back side, and its physical keys will also sit on the right, but this phone comes with a different dual camera setup, same goes for branding locations, actually. The phone’s three cameras, and its LED flash will be placed in two rows, one camera and an LED flash in the first row, while the other two cameras will sit right below them. Leica branding will be set off to the side, while a fingerprint scanner will be placed below the phone’s cameras. 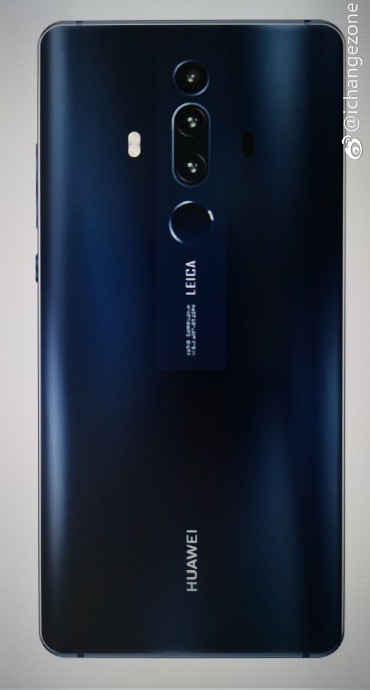 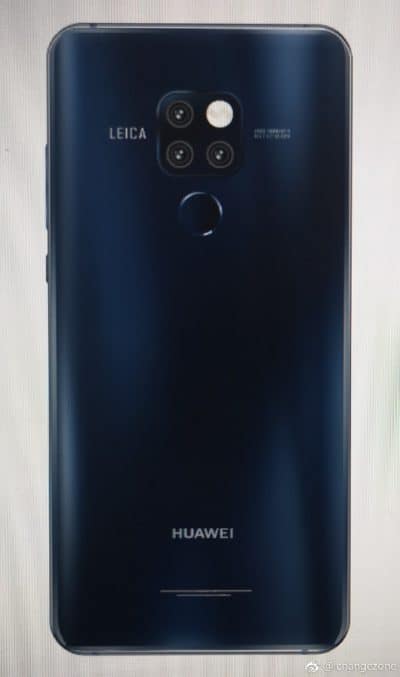