There have been quite a few amazing Android smartphones this year, but they all seem to pale in comparison with the new Huawei Mate 20 Pro. Unveiled today in London, the Huawei Mate 20 Pro is poised to take on the competition and leave them all in the dust. In typical Huawei fashion, the company took the stage and flaunted the technical prowess of the new phone.

While Android purists are patiently waiting for the retail launch of the Pixel 3, we suspect that the Huawei Mate 20 Pro will be sitting at the top of almost everyone else’s wish list this fall. Huawei has essentially taken every cutting-edge technology they could find and wrapped it into the sleek glass and metal body of the Mate 20 Pro. 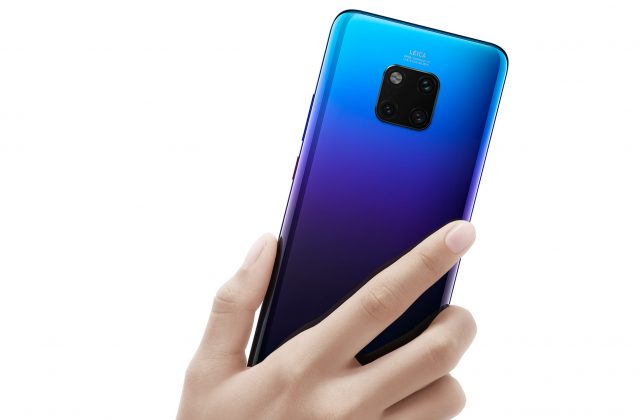 The device is powered by the new Kirin 980 SoC which features a 75 percent performance improvement over last year’s Mate 210 Pro while also improving power efficiency by 58 percent.  The phone comes with 6GB of RAM, 128GB of storage, a triple camera setup on the back with a 40 MP f/1.8, 27mm standard camera; 20 MP f/2.2, 17mm ultra-wide camera and 8 MP, f/2.4, 80mm telephoto camera. The main sensor’s ISO can also reach a staggering 102,400 ISO which delivers low-light images that are impossible to capture with other smartphones.

The Mate 20 Pro features a 4,200 mAh battery which is nearly impossible to deplete in a single day. Huawei has also improved its SuperCharge technology which delivers 10V/4A for a total of 40 watts which delivers a 1% charge in 30 seconds or a 70% charge in just 30 minutes. The phone also includes 15-watt wireless charging and is world’s first smartphone to support reverse wireless charging, allowing you to use the phones 4,200 mAh battery to charge other smartphones or accessories that can be charged wirelessly. 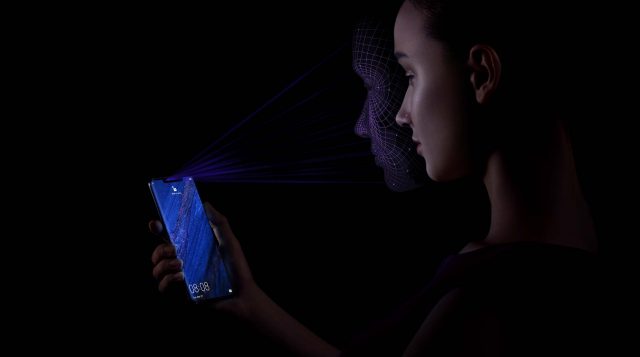 On the front of the phone you’ll be treated to a 6.39-inch (1440 x 3220 pixels) display with an 87.9% screen-to-body ratio and a fairly wide notch up top. As rumored, the Mate 20 Pro features an in-display fingerprint sensor. The reason the notch is so wide is that Huawei has included 3D Face Unlock technology with an extra dot projector and IR sensor alongside the 24 MP, f/2.0, 26mm front-facing camera.

On the connectivity front, the Huawei Mate 20 Pro supports 4.5G speeds which deliver 1.4Gbps download speeds which is 40% faster than the new iPhones. The company has also reworked the antennas inside the phone to deliver signal strength improvements of 120% when compared to the competition. On top of that, Huawei has also tweaked WiFi performance to allow download speeds of 1733 Mbps and dual-frequency GPS with support for L1 and L5 bands which can improve location tracking accuracy up to 10x in dense urban environments. 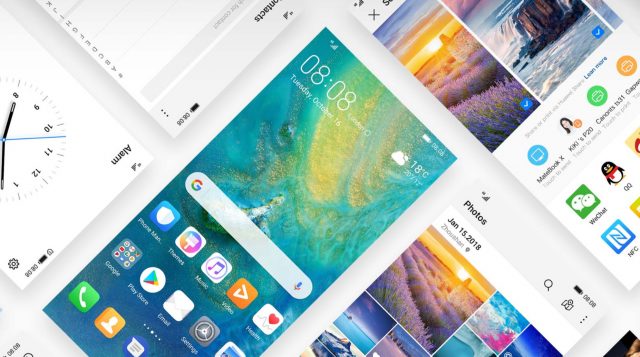 Along with the new phone, Huawei is also rolling our EMUI 9 running on Android 9. The custom software layer will be familiar to those who have used EMUI in the past, but the skin has been cleaned up and given a flatter look. The company is also implementing a new gesture navigation system, but it takes it interaction queues more from iOS than it does Android 9. Users will still have the option for on-screen navigation keys if they want.

Last but not least, the Huawei Mate 20 Pro includes a wireless desktop mode which allows you to use your phone with a desktop UI on any display which supports Miracast. Like last year’s Mate 10, you can also plug it in directly with a USC C dongle, but Huawei will also be selling a new Miracast dongle if you want to use the wireless feature with a display that doesn’t support Miracast.

Huawei is already taking pre-orders for the Mate 20 Pro which will set you back 1,049 Euro. The company has not announced the retail launch date yet, but the first markets to get the phone include the UK, Italy, France and the United Arab Emirates.