Recently, the Chinese agency TENAA certified a new tablet device developed by Huawei – product known as BZK-L00 and picture down below. Apparently, this one might be launched as Huawei MediaPad M4, but it looks early for such a launch on the market taking into consideration that the MediaPad M3 was announced back in September 2016. 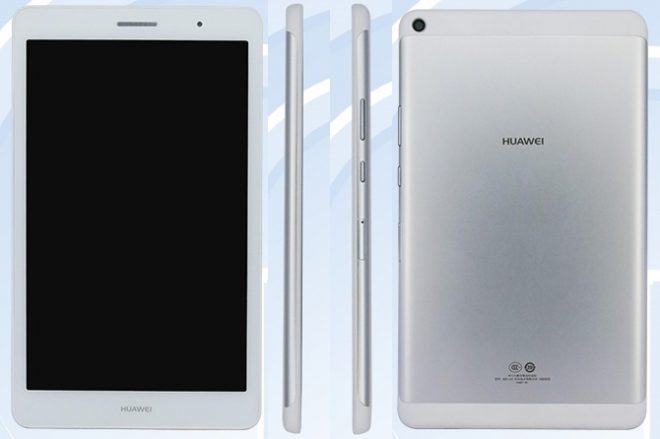 However, we get to know that this tablet arrives with a 8-inch HD display (1280 x 800 pixels resolution), with a quad-core processor clocked at 1.4 GHz and with 3 GB of RAM memory. There’s 32 GB space of internal storage and a microSD card slot for up to 128 GB. It runs Android 7.0 Marshmallow and it measures 7.95 mm in thickness and it weighs 350 grams.

On the back we get a 5-megapixel camera, while on the front stands a 2-megapixel sensor. Huawei BZK-L00 brings a 4650 mAh battery and the following connectivity options: Wi-Fi, Bluetooth, GPS/A-GPS and a microUSB v2.0 port for data transfer and charging. This tablet will be available in colors like Moonlight Silver, Sky Gray and Day Treasure Gold.