I’m trying out Android on the Samsung Galaxy Note 4; what I’ll miss from Nokia Lumia 1520 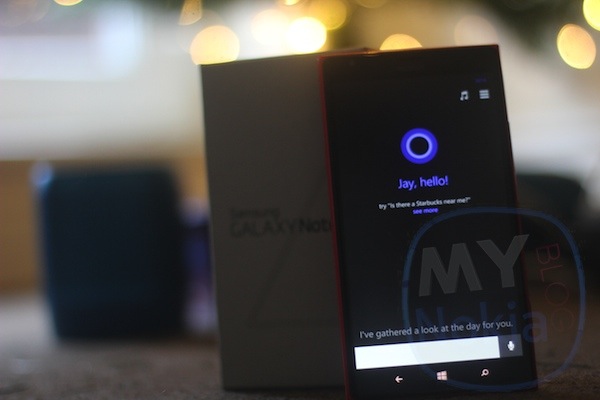 A couple of weeks ago we had a discussion about people’s contract renewal plans (autumn seems to be a popular time due to product cycles) and I discussed some of the reasons why I was considering Android. It isn’t a clear cut “I’m leaving Windows Phone or switching”.

1) My contract for the Nokia Lumia 920 was up. Two years ago, I was also due a new contract and almost went with either a Note or iPhone until we heard that Nokia launched the very exciting Nokia Lumia 920 – the first to bring OIS, and lots of neat things like super sensitive screen, Pure Motion and Wireless Charging. Unfortunately as the timing goes, there’s no new Lumia yet. And there probably won’t be until March announcement and April availability if I’m lucky.

3) Thanks to you guys for creating the MNB community, we were able to try out new Nokias. The Lumia trial programme is open to everyone says NokConv so you can get your hands on them too! This makes the situation different from members of the public because they would normally be limited to choosing one device to use.

4) Learning Android. This will be my first Android purchase and my second Android device after the S2.

5) Preparing for the Nokia N1. Similar to number 4, I want to familiarise myself with Android in preparation of a flagship Android device. Whilst I’ve tried the Nokia X, it really was not my cup of tea. It wasn’t a high end experience in either hardware or software so it wasn’t doing Android or Nokia justice. I want to know what to expect when the Nokia N1 is available. BTW, the last time Nokia made a major switch in platforms (i.e. WindowsPhone) I also got a new contract with a non-Nokia device whilst I wait (which coincidentally was also a Samsung at the time, the Omnia 7).

Comments are unfortunately inaccessible from a lot of our older posts due to a database issue so we can’t see potentially similar moans and groans that this post might warrant – or not since there was a trend at Reddit to go try other things based on a few of the points mentioned above.

6) My Nokia Lumia 1520’s got a bit buggy for some reason. Calendar, weather and certain other apps seem to stall and not open. Prior to the last mini update, it would stall and restart. Now it just stalls and doesn’t open. Both a bit annoying. I thought it could be the memory card since I did upgrade to a 128GB card. It’s a small issue but it was adding up.

Why Samesung? What I’m looking forward to:

The last time I tried a new OS, it was a Samsung. This time, it’s another Samsung. The Galaxy Note 4. A better device to try would probably have been the lollipop Nexus 6 with a 5.9″ screen.

1) I wanted something that utilised the big screen well. Samsung was the first to do that with Android. Multi-window could help me do that. Especially when I try to blog on the go (which I’m hoping might be a better experience on Android WordPress app and browser – through reviews with the app aren’t so rosy)

2) Samsung seem to have finally reached the “good enough” standard in terms of the build and camera. The reviews are very pleased with the build – the best from Samsung (though some say that’s quite different if you compare that with a Nokia). The camera seems to have improved greatly too. It doesn’t seem to be as good as last year’s 1520 but again, good enough. Plus it should be faster and have HDR out of the box.

3) It was relatively cheap on contract. 31.50 with cashback. Cheaper than what I was paying for my 920 (though I did care a bit more about the tariff, not so much now as I’m planning on switching my Three SIM into it).

5) Official apps and just more apps. It’s weird to think “no I don’t have to wait for this app to arrive, it’s already there”. There are some rare instances where there’s a WP exclusive but that’s once in a 50th shade of blue moon. Oh and potentially better Microsoft app experience :p

These are things I am assuming I will miss when I move away from my 1520.

I hope to get plenty of learning experiences out of using Android. Things I’d like to see in WP. I’ve already got an iPad thanks to the uni so iOS is sort of covered.

BTW: Been using this for about an hour or two. There’s definitely a learning curve. The annoying thing is that tutorials to do basic things don’t work (e.g. screenshot combos don’t do anything). I’m getting a playstore bug which won’t download anything (and so having to search online again). It seems woefully difficult to get contacts from WP over (WP on the otherhand had a simple contacts transfer app). Gallery from camera slow to open. Oh, microSIM? :O

I’m going to try and keep an open mind with this. Oh greener grass…