I was having a lot of fun with this iOS game, and then it rained 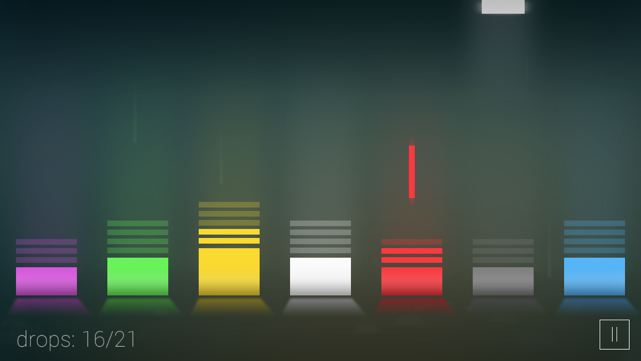 Every time I think I've seen the last, best new puzzle game idea, another game comes out of nowhere to blindside me. You wouldn't think a concept as simple as catching drops of rain in buckets could translate into a gripping puzzle experience, but you'd be wrong. '... and then it rained' is just such a game, and it's both relaxing and brutally punishing at the same time.

You are in charge of seven different color buckets, and your only task is to make sure the various colorful drops make it into the corresponding receptacle. To do this, you drag the buckets around the screen so they line up correctly. That's it -- that's the entire game.

At first, the drops come slow and evenly spaced. It's a cakewalk, and the first couple of levels are very easy. Things start ramping up pretty quickly, though, and before you know it you're bumping incorrect buckets into the path of the wrong drops, managing two buckets at once, and lining up your entire seven-bucket row for a full seven drops at one time. 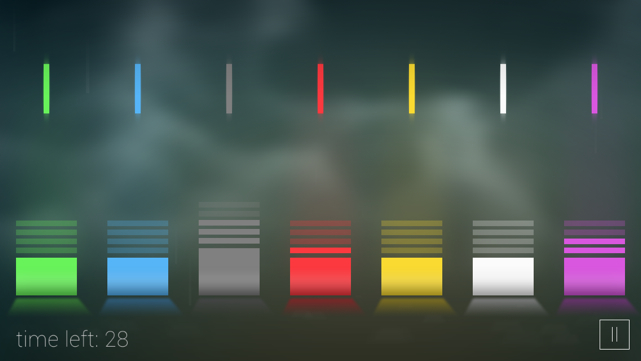 Each time you successfully catch a drop your bucket gains points and will eventually get larger and larger. This not only gives you a larger score at the end, but can also be burdensome as there is less space between where the drops originate and where you eventually catch them.

All the while, a pleasant storm soundtrack plays in the background. Like one of those relaxing nature sounds tapes, it is extremely soothing and does a good job of calming frustration. But the drippy-drop sounds can only do so much, and once you find yourself staring at a "Game Over" screen there's a good chance you'll have some rage built up.

It's all very Zen-minded, and thankfully there is a "Relaxing" mode where you can manage a slow trickle of drops while letting the days stress melt away. Of course, sadists can also jump into the challenge mode and be met with an extremely difficult experience right from the start.

For US$1.99, it's an easy recommendation for anyone who loves bit-sized puzzle experiences or wants a game to help them unwind during breaks at work or over a nice up of coffee.