Indian tablet maker iBall has just released a new tablet, which has some pretty appealing specs for the price of a mere $119. The device is dubbed iBall Slider Bio-Mate and comes with an 8 inch screen. 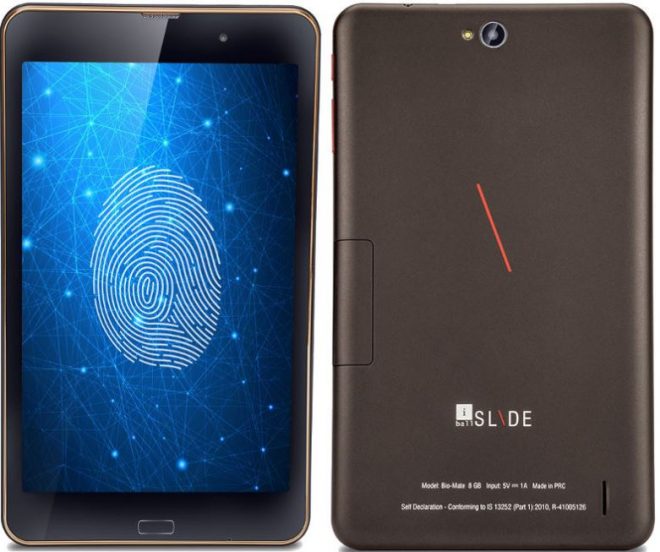 This model also brings a fingerprint scanner, voice calling and dual SIM slots. It also supports 3G connectivity and integrates the print scanner into the home button. Upfront we find an 8 inch IPS screen with a 1280 x 800 pixel resolution. There’s a quad core 1.3 GHz processor under the hood, as well as 1 GB of RAM, 8 GB of storage and a microSD card slot.

There’s a 5 megapixel back camera with LED flash and a 2 MP front shooter, too. The connectivity front of the iBall Slide Bio-Mate is totally covered, with WiFi, USB OTG, Bluetooth 4.0 and GPS. We’ve got a 4300 mAh battery inside and the OS of choice is Android 5.1 Lollipop with support for 21 languages and a multi lingual keyboard. Several games are preinstalled.