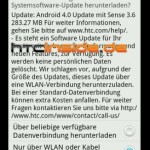 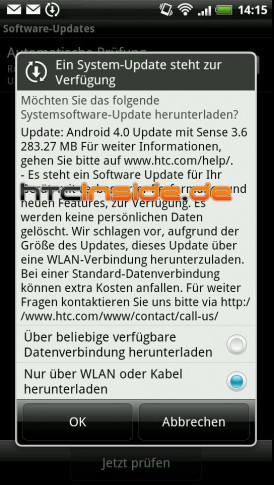 Just a couple days after it was revealed that the HTC Sensation would receive Android 4.0 (albeit with Sense 3.6), the first reports of the update hitting handsets are coming in. German site HTCInside is reporting that the 283.27MB OS refresh hit their HTC Sensation XE earlier today. BestBoyz confirms that the update is reaching both the XE and original Sensation. The catch is that the update so far is only reaching carrier unlocked handsets. Devices tied to a network will likely be waiting for final approval from the service provider.