If True, This Is the Best 'iPhone 7' Casing Leak Yet

Another day, another “iPhone 7” leak. This time, however, the latest leaked image of Apple's upcoming handset deviates from the schematics we've already seen in one intriguing way. Could this be the real deal? We don't know. But the potentially-authentic image has nevertheless captured our attention. 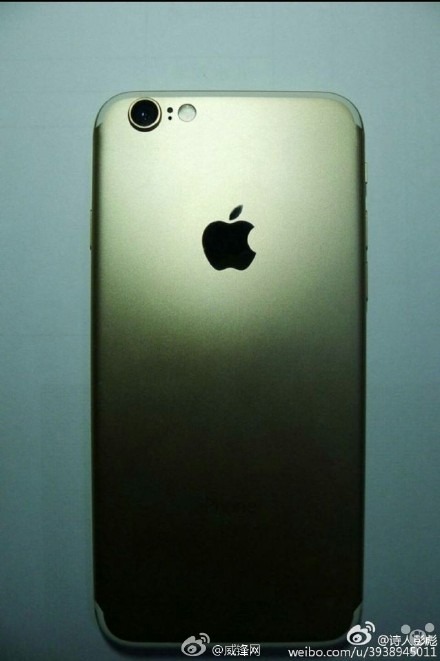 LetemSvetemApplem is the publication which discovered the images (via AppleInsider), and the pictures can be traced back to the Chinese micro-blogging website, Weibo. There are two altogether: one which shows the rear of the iPhone 7 (left), and another more stylized image which doesn't give much away aside from the “iPhone” etching at the very base of the handset.

The interesting thing about these pictures is that the former image indicates that Apple's iPhone 7 will feature two small holes between the camera module and the flash unit. This goes against the schematics we've already seen, and as AppleInsider adds, it's not immediately apparent what the newly added hole could be designed for. The original hole (which appears on the iPhone 6s) is for the handset's rear-facing microphone. This picks up audio during video recording, resulting in overall better sound capture.

AppleInsider posits that the second hole could allow for “sterero recording, but if so it's not clear why one of the holes would be smaller than the other.” It seems this addition to the iPhone 7 remains a mystery that won't be solved until September, either way. The publication adds:

Other changes from the iPhone 6s are expected however, namely the relocation of antenna bands to the top and bottom of the device. Some people have complained that the bands on the iPhone 6 and 6s — which wrap directly around the back — are garish and interrupt the design.

Apple is of course expected to debut its new iPhones in September, at a dedicated special media event. There could also be an enhanced Plus model offering a Smart Connector, a dual-lens camera, and 3GM of on-board RAM. We'll keep you posted with further information as we receive it.