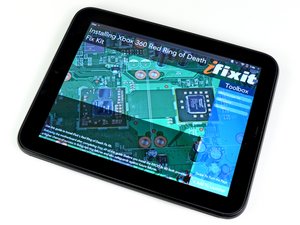 When HP announced the TouchPad, we were excited. We enjoyed ripping apart the Palm Pre, but decided to wait until WebOS caught on before taking apart the new TouchPad. Now that it is at the height of its popularity, it’s high time to pay the little-tablet-that-could-have-been-great some attention. Because if we don’t, no one ever will, and that’s sad. So without further ado—and before HP takes the TouchPad out behind the barn and shoots it—we’re launching a full set of repair guides and a native iFixit WebOS app!

The hundreds (possibly even single-digit-thousands?) of people who’ve spent their hard-earned money on a TouchPad are about to be joined with at least a few thousand more users. Rumor has it HP is sitting on excess stocks of 200,000 unsold units. To clear the excess stock—and drive the last nail into their stillborn child’s coffin—HP just announced that the TouchPad will be sold for $99 this weekend.

So we have decided to repurpose the TouchPad as a dedicated repair manual. For $99, you could head down to AutoZone and buy a couple outdated service manuals. Or, for the same price, you can get a brand-new Touchpad and have all of iFixit at your fingertips. Imagine: the largest online service manual, always up to date, and completely portable. Your workshop might never be the same!

But it would be unconscionable for us to recommend you buy a tablet that has already been discontinued without a plan for making it last. Yes, the TouchPad is the cheapest repair manual the world has ever seen. But it’s also got a built-in battery with a finite life and a fragile glass screen. HP cut this machine off at the vine before it bloomed, and it would be insane to expect them to help you service it. Buy the TouchPad, and you’re on your own. But we can help.

Tablet computers are the best money-making compromise the tech industry has ever seen: they combine raw computing power of a full-size PC with the “discard-every-year-or-two” promise of the cell phone in one tidy package. This allows the manufacturer (whether HP, Apple, or another) to effectively keep selling updated, high-profit tablet PCs to consumers at a steady rate.

Tablets are tidy black boxes that scream “toss me” at the first sign of trouble. And although they haven’t been around that long time, we’re seeing the same disturbing disposability with tablets that we’re accustomed to with cell phones.

That’s why it’s so crucial to have repair guides for the TouchPad. Even though at a glance the tablet is a screen with a magic cover that “just works,” there’s tons of repairable stuff to be found inside. If something breaks, you don’t need to buy a new one—heck, you won’t be able to. Instead, use our repair guides to fix it yourself! Keep one more device from joining the rest of its brethren in the landfill. 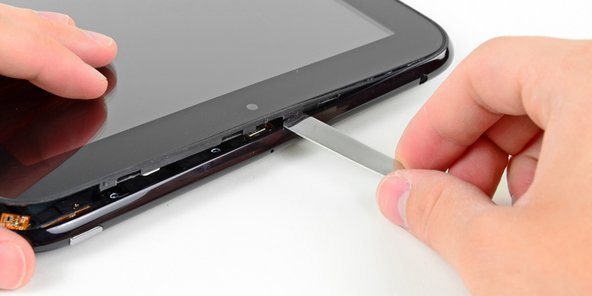 So you took our advice, rushed down to Best Buy, and bought a soon-to-be-defunct tablet. Well done! Now you can hop onto the WebOS app store and download our app, thanks to a certain Ben Tattersley! Using our open API, he single-handedly created a free WebOS application to display our guides. He did a bang-up job—the app is really quite good. Which is a shame, because most of you reading this will never know it. Yet the thriftiest 1% of you that do buy the TouchPad at fire-sale prices will get always-on access to thousands of iFixit guides. (There’s no web link, because HP apparently never got around to it. But trust us—buy a TouchPad, tap the ‘HP App Catalog’ icon, and search for iFixit.)

Tablets are the best way to use repair manuals: you can take them almost anywhere, their long battery life ensures you can make good progress on your repairs, and touch scrolling means you can navigate easily even with dirty hands.

We open source all our mobile apps. Ben set up a Github repository for the iFixit app, just in case you’re interested in contributing to the code. Or not. Decide for yourself whether you want to join us in embracing a dead platform. 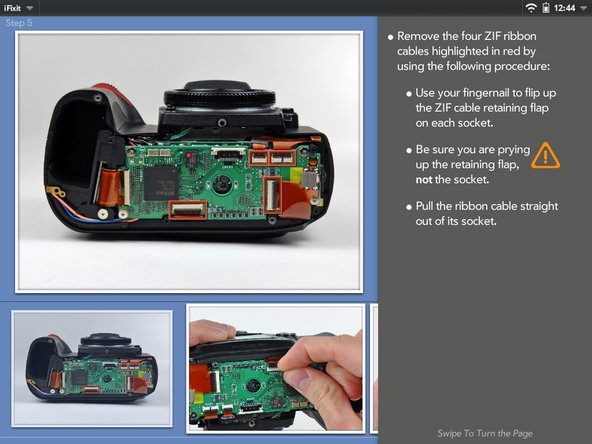 P.S. If you want to buy a tablet that you can use as something other than a repair manual, get an iPad. We’ve got a native app for it, too.