iFixit’s iPhone XS and XS Max teardown: Like the iPhone X with a couple surprises 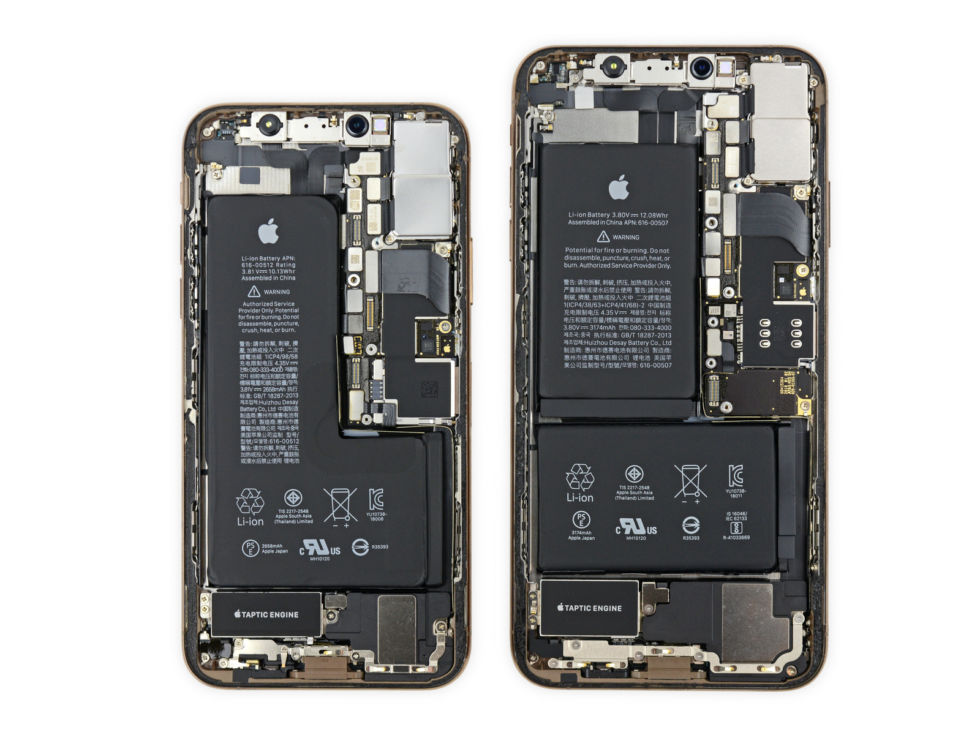 When we went hands-on with the iPhone XS and XS Max, we were mainly struck by how similar they felt to the iPhone X—particularly the iPhone XS. But it turns out that inside, it's the iPhone XS that diverges with an unusual new battery design. iFixit tore down both phones and provided analysis and gorgeous pictures as always. Be sure to check out their full teardown, but a few highlights stand out.

Let's be clear: both of these phones are the iPhone X in more ways than not. Last year brought that quasi-radical redesign of Apple's product, but what was quasi-radical in 2017 is standard in 2018. Most of the components in both phones are the same, or very close, to what we saw in the iPhone X. Small changes include an added antenna band on the bottom of each device near the Lightning port (which iFixit speculates has to do with Gigabit LTE), a 32 percent larger wide angle sensor and increased pixel size for the rear camera in both phones, and a larger taptic engine and extended logic board in the iPhone XS Max.