Seemingly out of nowhere, a site dubbed Gadget Helpline has allegedly gotten their hands on the upcoming Nexus 5 and in the process, Android 4.4 Key Lime Pie (Kit Kat). We’ve been going over images of both the UI and device, and have to admit, they look pretty legit. First off, while there isn’t much shown of the device itself (Google imprints tracking codes all over devices used for testing, so it’s to be expected), we do see the front facing camera and volume rocker matches up with images of the device pictured at a bar a few weeks back. 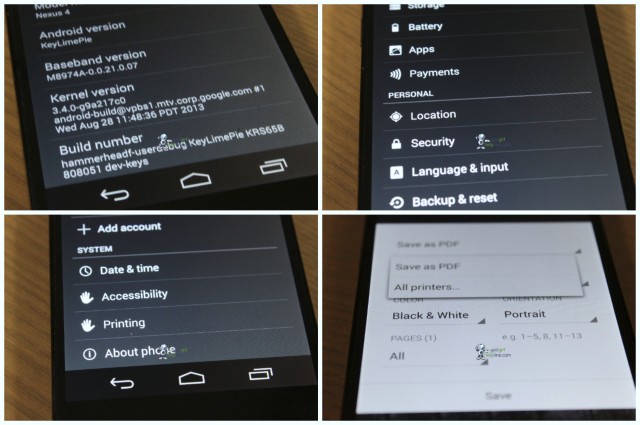 As we mentioned before, Android 4.4 KitKat is also pictured with the tipster going over both the device settings and info, as well as the all new gallery app. What’s interesting is how the settings show the name of the device the Nexus 4, but as we talked about earlier, the phone clearly isn’t last year’s Nexus 4. This leads us to conclude 2 things: either somebody just plain got it wrong, or Google is planning on pulling a Nexus 7 and releasing the device as the Nexus 4 (2013). It’s possible, and the fact that the screen doesn’t exactly hit a perfect 5-inches (it’s been measured at 4.97-inches), could allow Google to go either way. 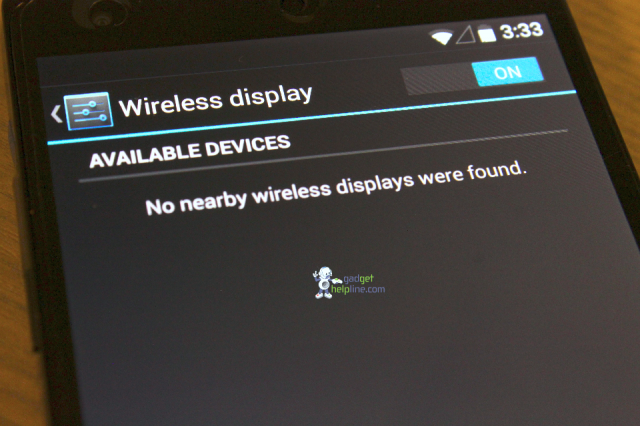 Android 4.4′s rumored new gallery app was also pictured, and while at quick glance there doesn’t appear to be too much new, you’ll notice new print options directly from within the app, as well as a few new options during editing (drawing, frames) and new export function (useful for USB OTG support). Default printing options can also be set from inside the settings app, where payment options can also be seen (integrated Google Wallet, anyone?). 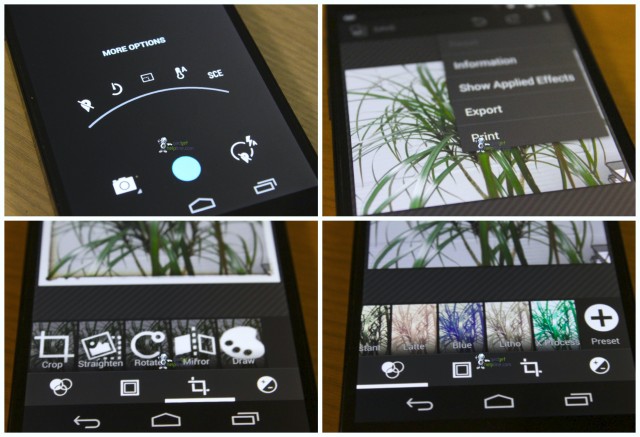 As usual, leaks like this should always be taken with the finest grains of salt. I think in this one’s case, we’ve seen enough here to draw our own conclusions of its legitimacy. What do you guys think? Could Google still have be keeping a few “cards” close to their chest when it comes to Android 4.4 KitKat? Shouldn’t be much longer before we find out.