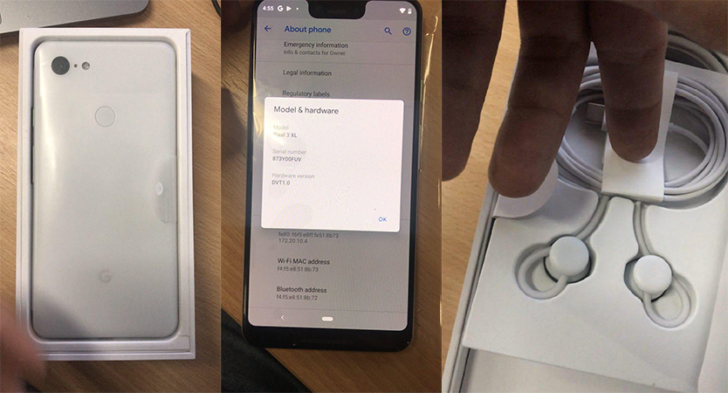 We're now just a couple of months out from the reveal of Google's latest Pixel phones, so we expected that leaks and rumors would start to intensify. We've seen CAD renders and images of Pixel 3 XL prototypes (in both black and white), but now we're getting our first look at what appears to be a final production unit. 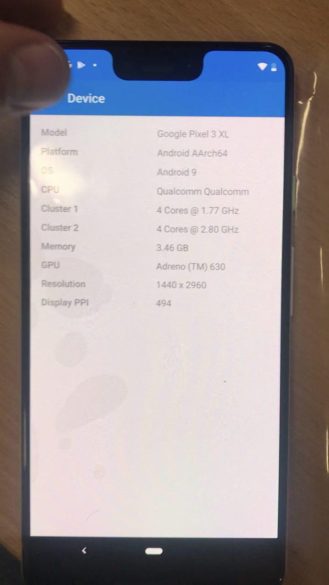 The photos of what could be called the 'Clearly White' Pixel 3 XL match with what we've seen before, so we've no reason to believe they aren't legitimate at this point. They were shared by a Ukrainian tech blogger on his Telegram channel, who says it's "pre-release version" and doesn't disclose where he got it. It may not be the final production unit we see announced in October, but it's likely pretty close.

Low-quality images show the front and rear of the device, plus a bonus shot of something we're seeing for the very first time. It appears as though some Pixel Bud-esque wired USB-C earbuds will be packaged with the upcoming Pixel phone. According to empty packaging that shipped with some Pixel 2 units, something like this was planned last year before being scrapped. 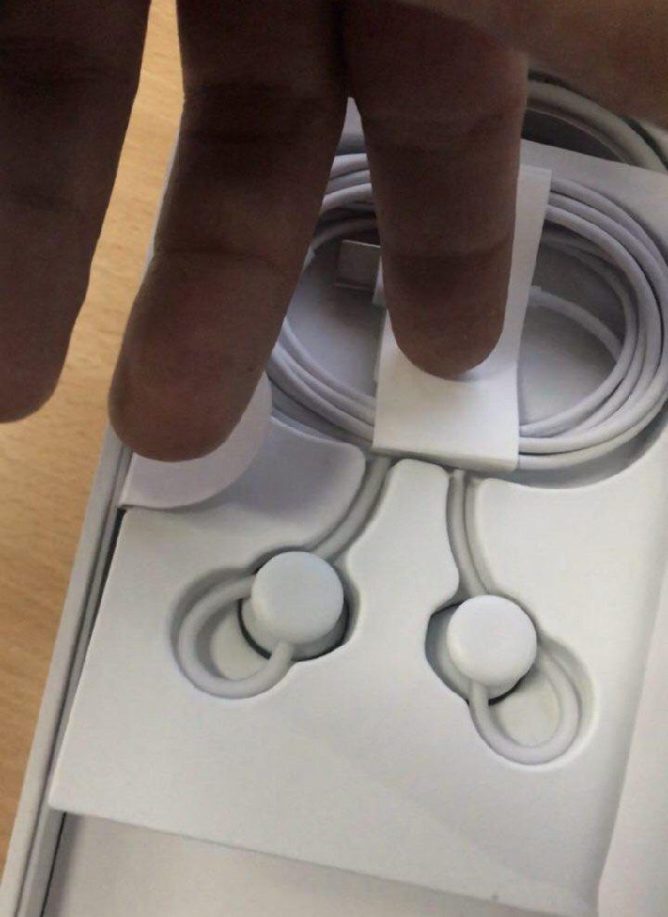 On-screen content seems to confirm that we're looking at a Pixel 3 XL running Android 9 with an 8-core Qualcomm processor — that we assume is the Snapdragon 845 — and an Adreno 630 GPU. A resolution of 1440x2960 with a pixel density of 494 is also stated, and there's further confirmation that the device will have just 4GB of RAM. 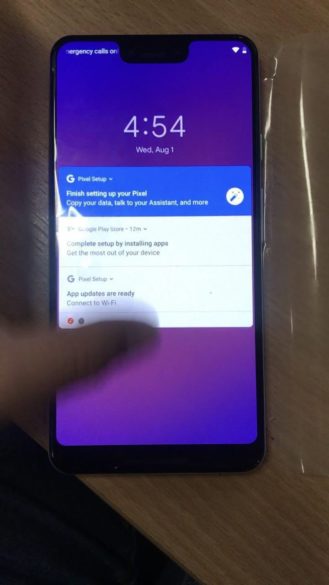 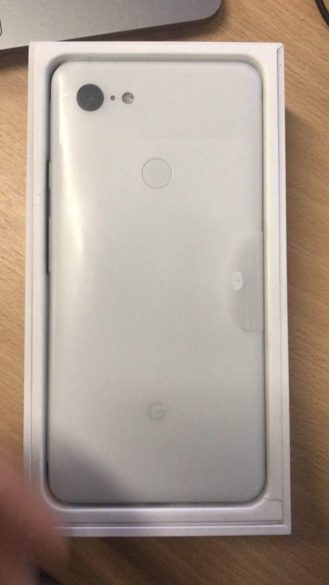 Worryingly, we can see for the first time what will happen to the status bar with that exceedingly tall notch — it's going to be stretched with vertically centered icons just like we saw on the Essential phone, exactly as we feared. That is sure to irk many, but let's reserve final judgment until we get our hands on the phone and test it out. I only hope we can turn the notch off by making the status bar black, as with other recent notched Android phones. 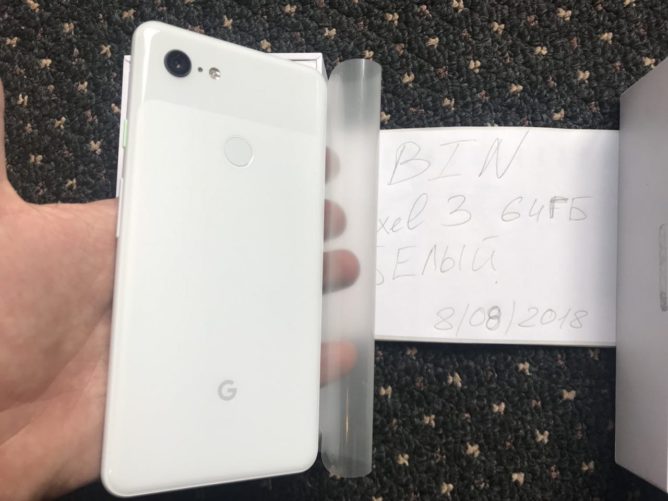 The same source has provided some further images as well as a brief unboxing video. It's clear from the image above that this white Pixel 3 XL has a light green power button, giving it a much subtler look than the orange accent on the 2 XL.

Not much can be gleaned from the brief video, which quickly sidelines the phone to concentrate on the packaging. Included is a charging brick and cable, plus a USB-C to 3.5mm adapter, so only the wired headphones are an unexpected addition. The other images give us an explicit view of the homescreen, including the elongated status bar, and what looks to be a pretty new iPhone-like wallpaper.

As pointed out by blakeleeper in the comments, the camera icon has the dogfood notation, which could suggest that the phone belongs or belonged to a Google employee testing the device out. Someone could be in a lot of trouble.