Since November 2017, Inbox by Gmail has received 13 updates, none of which included iPhone X support until today. Inbox is one of Google's last apps to get iPhone X support, with most other apps updated earlier in the year. 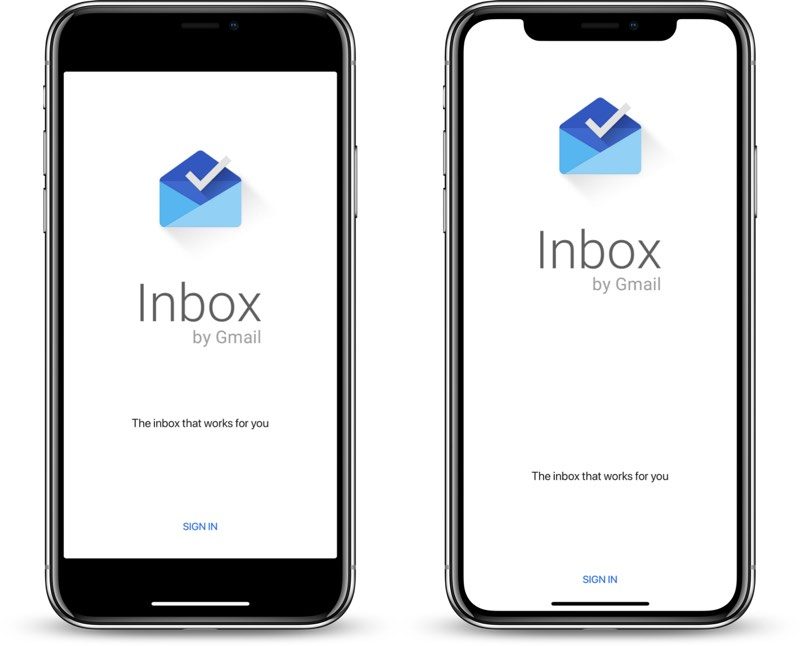 Following today's update, the Inbox by Gmail app will no longer display black bars at the top and the bottom of the app, with your list of emails taking up the full length of the screen.

According to Google's release notes, no other new features were included in today's update.

Inbox by Gmail can be downloaded from the App Store for free. [Direct Link]

Gmail can be downloaded from the App Store for free. [Direct Link]

Tags: Google, Inbox by Gmail, Gmail
Discuss this article in our forums