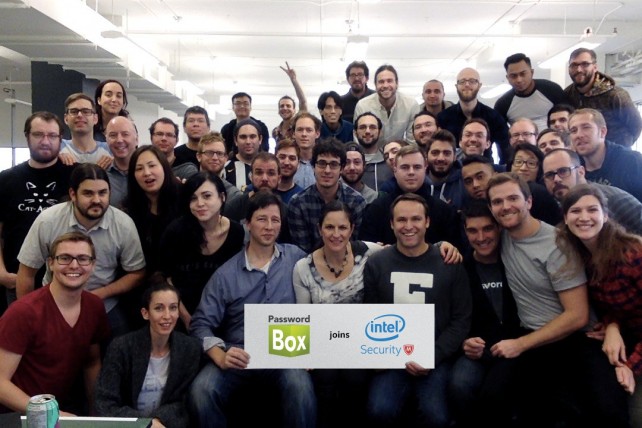 Intel has announced that it has acquired PasswordBox, the Montreal-based password management startup that competes with the likes of 1Password and Dashlane.

The acquisition, whose price is yet undisclosed, effectively hires all of PasswordBoxs 48 employees into the Intel Security Group, formerly McAfee, which was acquired by the chipmaker for $7.7 billion in 2011. As reported by Reuters:

The Santa Clara, California-based chipmaker said PasswordBox will become part of the Safe Identity organization within Intel Security Group that is focused on simplifying and strengthening security by delivering ideas that reduce the pain of having to memorize dozens of passwords.

PasswordBoxs flagship app of the same name has been downloaded 14 million times since its launch in June 2013.

PasswordBox is available on the App Store as a free universal download for iPhone, iPod touch, and iPad running iOS 7.0 or later.

In September, it was updated to version 5.0 for iOS 8 with new features including Touch ID integration and a Safari extension (shown in the video above).

Intel acquires 1Password competitor PasswordBox for its Security Group is a story by AppAdvice.com
AppAdvice - iPhone, iPad, iPod, App Reviews + News
Get the latest tips & apps for your Smartphone