Parody is a hard thing to get right. But developer Joyseed Gametribe has possibly hit on a successful formula with its latest release, Hollywhoot.

We were lucky enough to talk to the development team behind the game to talk about the challenges during development, how it’s an experience that can be enjoyed by anyone, as well as future plans for the title. 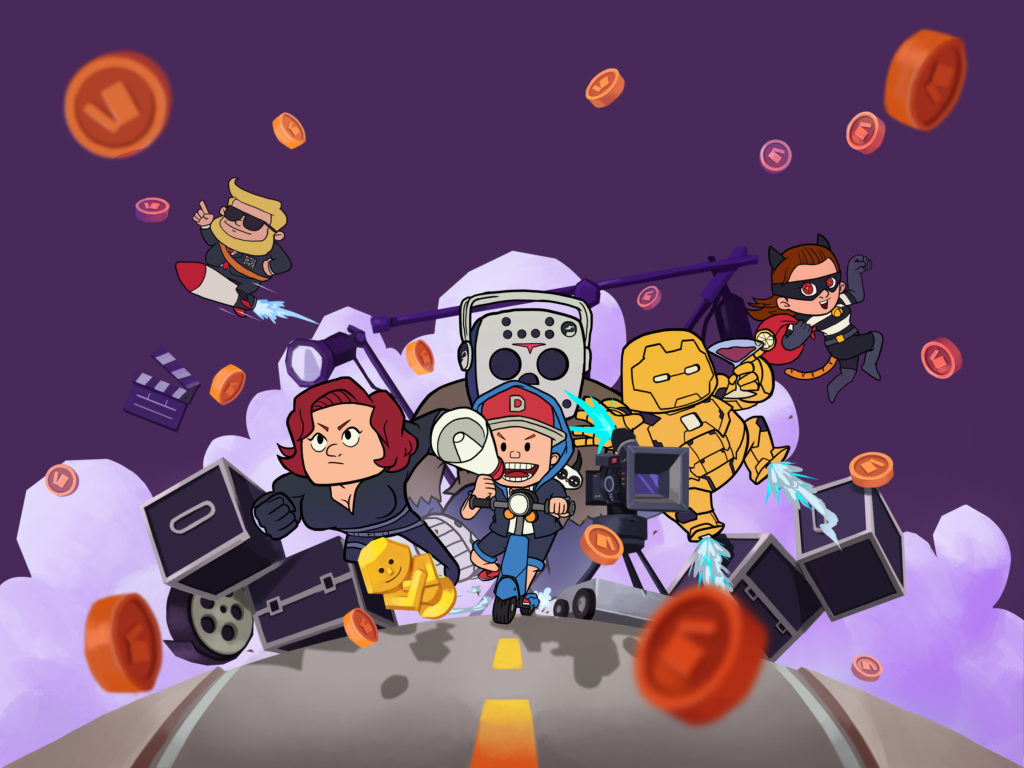 From the name itself, Hollywhoot is a parody of the real Hollywood. It is a game about an aspiring director that has been thrown to the parody world of Hollywhoot, and he has to make his way through Hollywhoot to gain renown and fame.

What does the game offer that no other title on mobile does?

We combine Idle, simulation and discovery all-together on top of a parody pop culture theme. In Hollywhoot, we enhance the discovery aspect by allowing players to uncover talents and evolutions through mixing their statuses. This is the only way players can discover Hollywhoot’s characters, and we feel it is quite a unique approach that we have when comparing Hollywhoot to other mobile titles.

What were your team’s main influences when developing the game?

Our love for pop culture, whether it is games or movies is beyond measure, and making this game is like having fun with our day to day conversational subjects that everyone can relate to!

What challenges did your team face during development, and how did you overcome them?

Our biggest challenge right now is to have the player experience what we ourselves experienced in Hollywhoot, and convey these ideas to a casual player. It gets rather hard, as Hollywhoot’s gameplay can seem somewhat complex. To overcome it, we try our best to improve our user experience especially in the first 5 minutes, where people can really pick up and discover what the game is all about.

Is Hollywhoot a game that anyone can pick up and play – do you need to be a film buff to enjoy it?

Absolutely not, even a person who has little knowledge of movies can pick it up and play, but again our main problem is the potential complexity of it. It is not about the theme, it is about the user experience.

Did you have to be careful with some of the parodies to avoid potential lawsuits?

Yes we take this issue into serious consideration. All of our characters have been re-created to have distinct differences while making sure that the parody is there. Our designers and artists had to catch up to make sure the design works well in the realm of law.

What specifics tools and techniques did you use to develop the game?

The game is developed using the Unity engine and the usual programs to make the assets. The art technique however took on a concept of combining a character cell-shading character style with a painting-like background.

Which part of the game are you personally the most proud of and why?

We as a team really love the discovery aspect of Hollywhoot, to create this experience we spent a lot of time on the game design to make it work. It involves a combination of play, learn and earning rewards. While you play it as a simulation game, you learn by experimenting with different statuses of a new talent that may reward you with a new character! We’re quite proud of this system because it is what makes Hollywhoot stand out from the crowd the most.

What tips do you have for people playing Hollywhoot for the first time?

Approach the game slowly, take in the director’s experience and just “try everything.”

Do you have anything planned in terms of future updates for the game, and if so, can you give us any details of what these might include?

We have many new plans ahead, but there is one feature that we are really excited to implement. The feature is called “Secret Movie”. Since Hollywhoot is about discovery, this feature further enhance players discovery by giving them “Secret Movie” rewards. In Hollywhoot, players can mix and match their casts/ talents and movie genre to get a good score. With the Secret Movie feature, the players are encouraged to do something different by taking their own movie knowledge into play. One example there is a Secret Movie called “Personal Matter War” is a parody of Civil War, and player can only unlock it by casting Captain Steroid (parody of Captain America) and Gold Man (parody of Iron Man) in an Action film genre, and as a reward players will get unlock a special movie poster with some permanent bonuses to the game itself.

Do you have any plans to bring Hollywhoot to more formats in the future?

We might! There is potential there but if Hollywhoot does well anything is possible.

Check out Hollywhoot for yourself by downloading it on the App Store or Google Play now.

Get Hollywhoot: Idle Parody in the App Store
Get the latest tips & apps for your Smartphone