This week’s WWDC 2016 brought us the unveiling of iOS 10, with some cool tablet-related features, such as split screen tabs for Safari, but also some bad news, if you own an older iPad. Turns out that the iPad 2, iPad 3 and first gen iPad Mini are not going to get the new release. 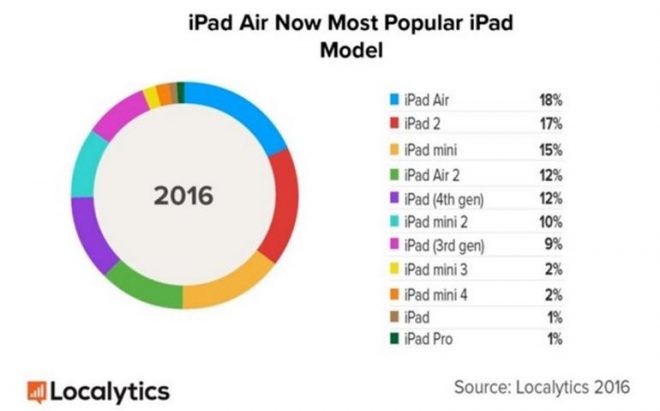 That puts the score at around 40% of mainstream iPads, that will deprived of the latest iOS release. Up until now, the iPad 1 was the only model neglected by the latest iOS releases, but the list grows now. iOS 10 will come this fall and its lack of support on the models mentioned above makes them obsolete. According to data compiled in March 2016 by Localytics this means that 40% of the iPads in use will become obsolete.

15% of the folks surveyed were rocking an iPad Mini, 17% an iPad 3 and 9% an iPad 3. The iPad 2 remains a very popular model and it’s only one percent less spread than the iPad Air, if you can imagine. The lack of future updates and security patches may open up devices to potential malware, but I’m sure Apple will continue with iOS 9.xx releases to make them better.

This obsoletion may also lead people to buy new iPads, but those sales haven’t been impressive lately.