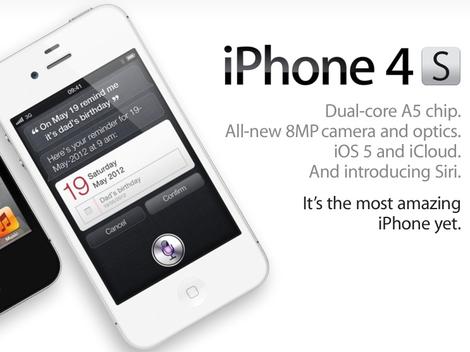 UPDATE: Check out our Hands on: new iPad review

Apple CEO Tim Cook has announced that iOS 5.1 is available to download from today, at the new iPad launch event in San Francisco.

Don't expect anything groundbreaking though, as iOS 5.1 is just a minor update bringing a refreshed camera app, multi-language dictation and a personal hotspot function.

Cook said "iOS 5.1 also works seamlessly with iCloud", which will allow you to store your content virtually and then wirelessly stream it to your iPhone, iPad or iPod – updating content across all devices when it is changed on one.

Just a small blip on the iOS radar

Apart from the iPhone 4S it's not clear which other devices will support iOS 5.1, but we will hunt down this information and report back.

iOS 5.1 was wheeled out alongside Apple's annoucement of its new iPad (yep that really is its name), which also failed to blow us away with average upgrades on specs from the iPad 2.

If you want to get down and dirty with iOS 5.1 straight away head to Settings > General > Software Update on your device and it will wirelessly download and install, providing you are already running iOS 5.