Mac Rumors Sep 19,  2013
Jordan Golson Sep 19,  2013 Read Source
Sep 19,  2013
Read Source
In iOS 7, Siri can change a number of settings on the iPhone, including toggling Bluetooth on and off or changing the screen brightness. As one MacRumors reader noticed, Siri can also activate Airplane Mode, even if a passcode lock is set, allowing a thief to effectively disable Find My iPhone on a stolen device. 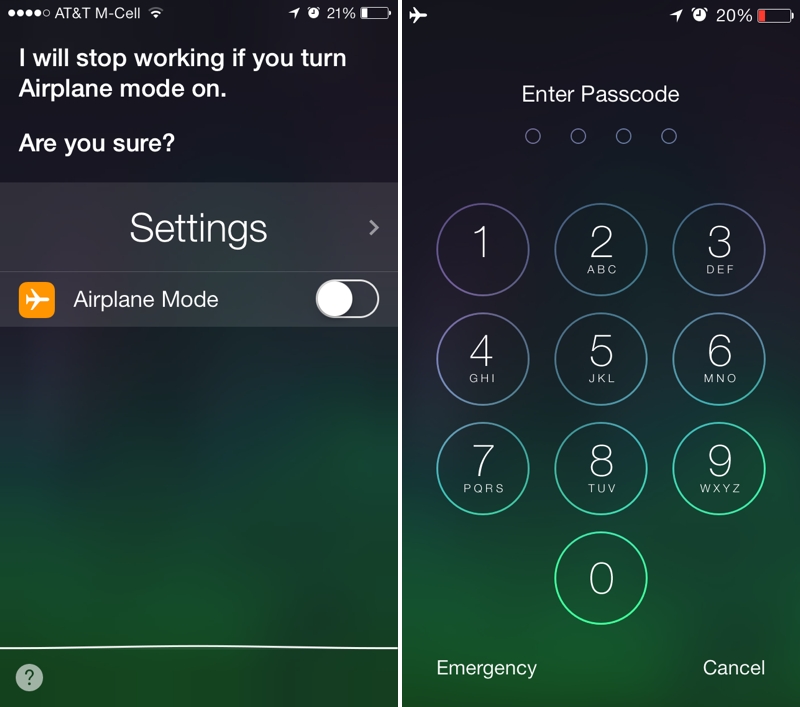 However, Apple has added some extensive security features to deter phone theft in iOS 7, most notably the Activation Lock feature that prevents a lost or stolen iPhone from being activated without the Apple ID password used to erase the phone.

Activation Lock makes it so that even if a phone is stolen, Find My iPhone disabled, and then erased, the phone is still unable to be activated and used without the proper Apple ID.

San Francisco District Attorney came out in support of Activation Lock, saying that "clear improvements" had been made to deter criminals.