With the iPad 3 only two days away from its official unveiling, fans and journalists are getting restless and bored, by the look of it, so they came up with the brilliant idea of mashing up some leaked components into a Frankenstein of a tablet. M.I.C. Gadget is behind this initiative and they gathered all the leaked parts and made an… iPad 3. Details in the video below. 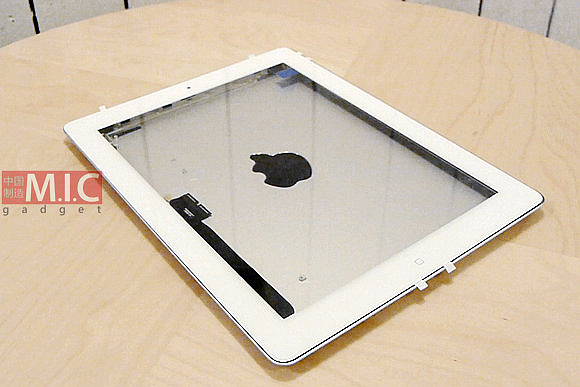 First thing I noticed is that there actually is a home button in the mix, in spite of speculations saying that this feature will lack from the next Apple slate. Speculations said that Apple was going to ditch the button in favour of a touch sensitive bezel or gesture-based navigation. It all started when the press invites to the iPad 3 event were taken from a certain angle that didn’t reveal the Home button. Turns out it was just a shot of the side of the tablet….

The site that created this Frankenstein also says that LTE support is down, so we won’t be getting that on the next iPad, mostly because Apple thinks that the adoption is not that big and battery consumption is too major. Also, it appears we’ll get 16GB, 32GB and 64GB models of the new slate. Apple’s Smart Covers also seem to be working with the new changed profile of the iPad 3, but the covers that are mare by third party companies and are skinny won’t work. March 7th, Wednesday is when everything will become clear!