iPad 3 shown to have a thicker body in video 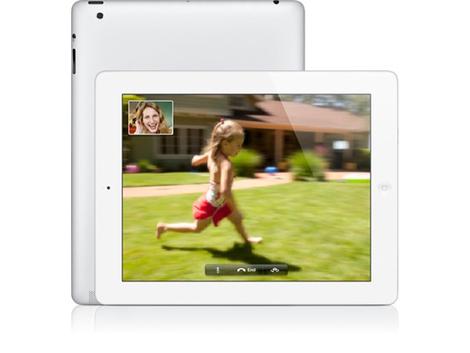 A video has turned up apparently showing off the shell for the upcoming iPad 3 and revealing that it will indeed be thicker than the iPad 2.

The video was posted by Chinese website MIC Gadget who claims to have got hold of the front glass, rear shell and some third party cases for the iPad 3.

The iPad in the video looks suspiciously similar to the iPad 2 with the iconic home button featured – quashing rumours Apple may have removed it for the iPad 3.

The back plate shows a larger camera lens hole suggesting the iPad 3 will sport a better camera and the rear edges appear to be more tapered, probably to mask its increased depth.

There is no guarantee that the video is the real deal and the iPad 3 specs are still unclear, but we reckon we could see a retina display, quad-core processor, iOS 5.1, NFC and a longer lasting battery. See our iPad 3 rumours: what you need to know for all the inside information.

Apple is holding a press conference on Wednesday to announce the iPad 3 and TechRadar will be coming to you live with all the news.

Now get down with your funky self in MIC Gadget's video roundup of the leaked components.