If you have any doubts that the iPad Pro and Apple Pencil can be used to create serious art, you should check out the cover of the New Yorker for May 29, 2017. Jorge Colombo used the iOS device and its accessory to create the cover art, from start to finish.

A Long History of Creating Art on iOS Devices 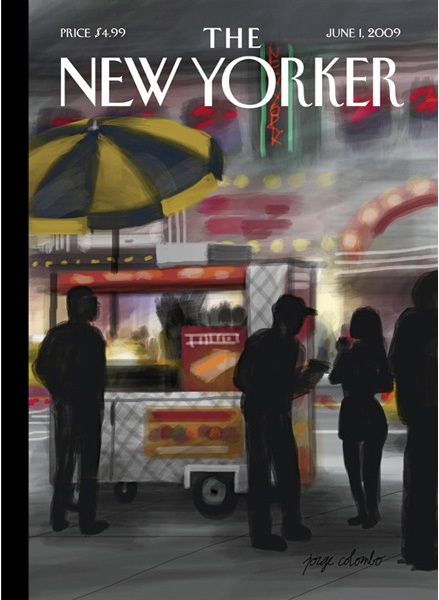 Colombo has been using his iPhone and iPad to create his artwork for quite some time. He first started doing so in 2009 on an iPhone, using just his finger. An illustration he created that year on the iPhone also made the cover of the New Yorker. Today, the artist says that he works almost exclusively on the iOS devices, switching from his former mediums of watercolor and ink.

The early work, an illustration of silhouetted people standing in line at a hot dog stand, is quite impressive by its own right. When you consider the fact that it was drawn just by finger “painting” on an iPhone, though, it’s even more astounding. It is definitely proof that the iOS devices we know and love are certainly capable of creating amazing works of art.

The Most Recent Cover of the New Yorker

The cover illustration for May 29’s cover of the New Yorker, “Brooklyn Bridge Park,” was created using an iPad Pro and Apple Pencil. Colombo visits the park often, he says, calling it one of his “favorite places to hang out.” It’s a magnet for all of Brooklyn, he says, with people coming “from all of Brooklyn’s many neighborhoods just to take a selfie by the waterfront or picnic by the water.”

Drawing there isn’t all fun and games, though. Colombo said he kept worrying the baseball being used by his subjects would hit either him or the iPad. The artist even recorded his process of creating the cover, which he and the New Yorker have shared for all of us to enjoy. It’s quite impressive, watching the cover take shape from just lines and squiggles until it’s the full-color work of art used by New Yorker to represent the latest issue. You can also view the video at the New Yorker’s website.