The new iPhone 12 may well end up being delayed, but it's still expected to land this year – which means we've got some exciting new camera features to look forward to soon.

Can the iPhone 12 series possibly repeat the leaps made by the like of the iPhone 11 Pro? It's a tall order, given last year's iPhones were a big (and necessary) step forward for Apple's photographic smarts.

We got some improved Smart HDR, an excellent new Night Mode and more versatile camera hardware, including that new ultra-wide lens with its 120-degree field of view.

Yet, in many ways, the 'Pro' versions of the iPhone 11 fell a little short of delivering on their name, at least from a photographic perspective. And now the Huawei P40 Pro has nabbed the top spot from the iPhone 11 Pro in our best camera phone guide.

So what does the iPhone 12 need to regain the number one spot? The strongest rumors so far point to the addition of a LiDAR scanner, which is a depth-sensing system that Apple recently debuted on the iPad Pro 2020.

But that system is designed more for AR than photography, given that its resolution isn't high enough to help with Portrait mode. Which means we're more excited about Apple fulfilling our ever-growing wishlist of iPhone 12 camera features on – collectively, this lot would make it a far better photographic companion.

Here are the seven camera features we'd like to see in the iPhone 12 series. 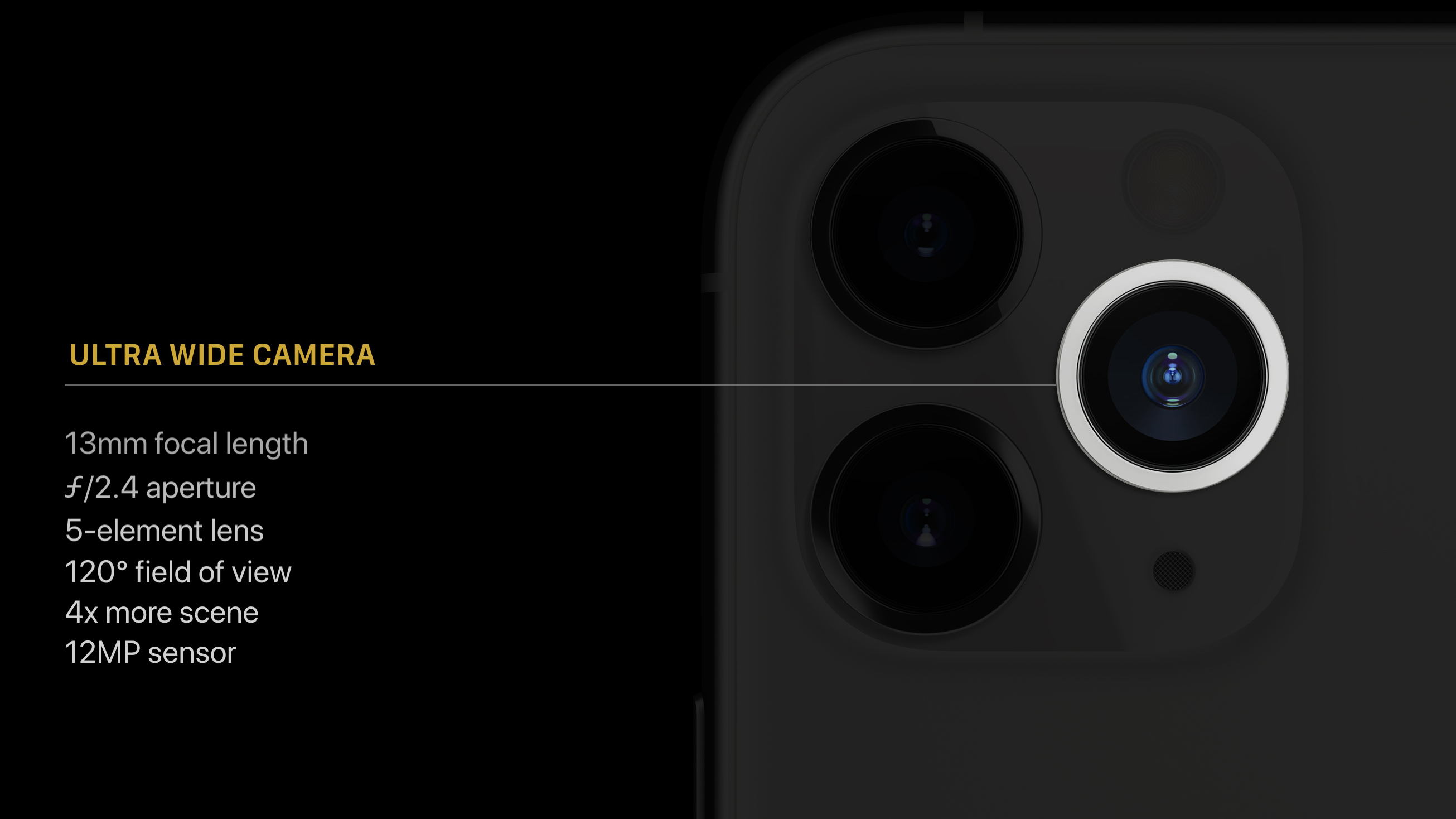 1. A brighter lens for the ultra-wide camera

The iPhone 11 brought an ultra-wide camera to Apple's smartphones for the first time, and it's a great new addition. In fact, its 13mm equivalent focal length is so wide, it almost needs an automatic 'finger removal' tool for the times you accidentally get your hand in shot.

But with a relatively slow f/2.4 lens and small 1/3.6in sensor, the ultra-wide is also the poor cousin of the iPhone 11 camera family. We'd like to see it get a brighter maximum aperture on the iPhone 12 – for example, the f/1.8 lens seen on the Huawei P40 Pro's ultra-wide – to help it perform better in low light situations. Or even get Night mode, which is currently reserved for the main Wide camera.

The iPhone 11 Pro and iPhone 11 Pro Max both have a Telephoto camera, which you don't get on the standard iPhone 11. But its 2x optical zoom falls a little short of the reach seen on rivals like the Huawei P40 Pro (5x optical zoom) and Samsung Galaxy S20 Ultra (10x hybrid zoom), which is our current zoom champ. 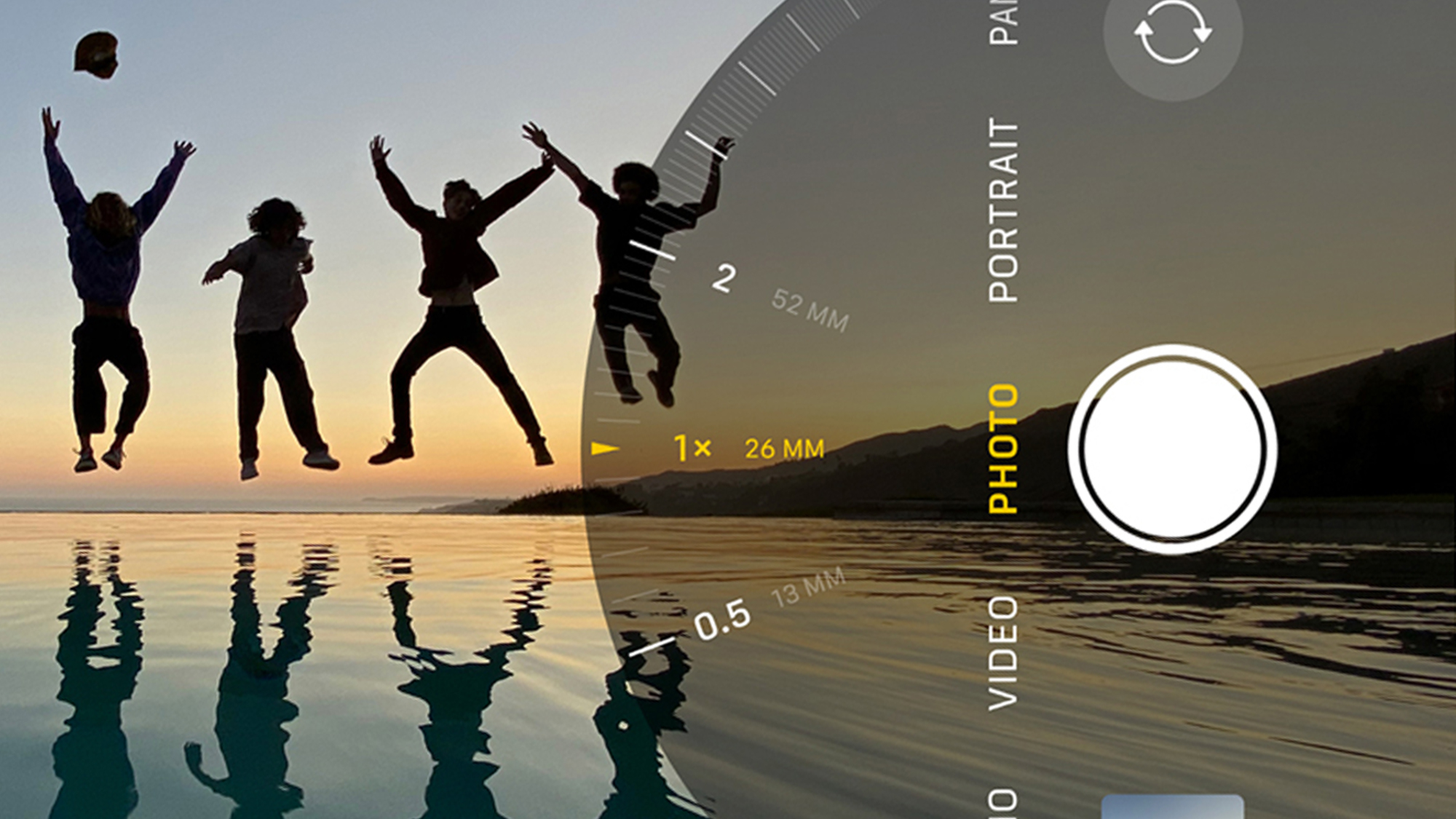 Smartphone cameras use various techniques to boost their zoom. The Galaxy S20 Ultra, for example, uses a folded periscope lens to reach 4x optical zoom, followed by a combination of cropping and pixel binning to reach 'lossless' 10x hybrid zoom.

From the latest rumors, it looks unlikely that the iPhone 12 will have a periscope lens. But we'd like to see its Telephoto camera include an equivalent of the 'Super Res Zoom' system seen on the Google Pixel 4. This boosts detail and reduces noise for the useful levels of zoom (3x, 5x, and 10x) that are beyond its 52mm focal length.

3. Some genuinely 'Pro' features in the camera app

Apple tends to treat its default Camera app as a point-and-shoot camera experience, leaving more professional manual controls to third-party apps. But we think there are a few features that could make a big difference, without cluttering its interface. 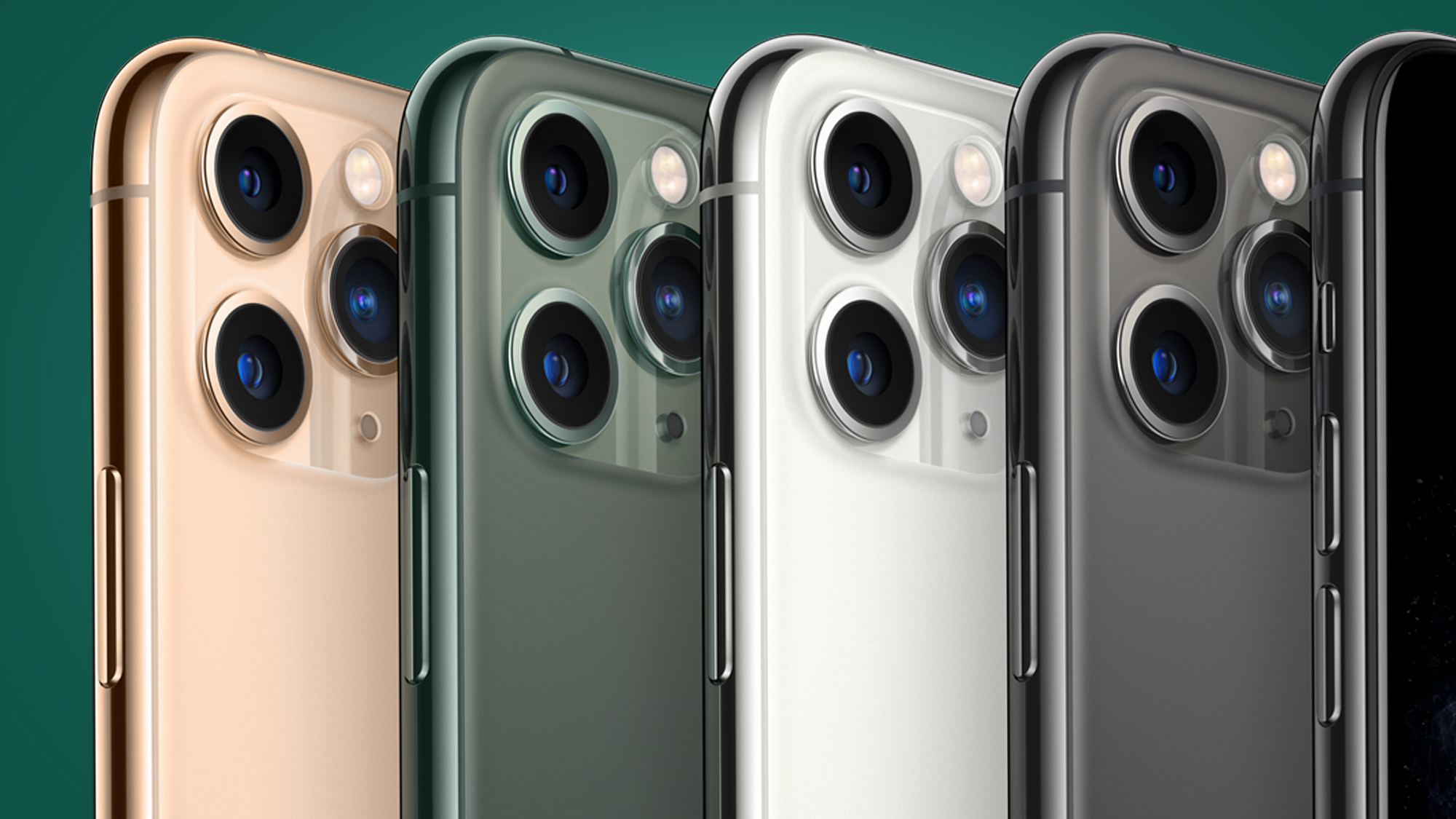 The main one is an option for 'Raw' shooting. This is available in apps like Halide, but we'd love to be able to shoot 'Raw + HEIC' in the Camera app, giving us the option of making our own tweaks when Smart HDR goes overboard on the sharpening algorithms. It'd also be great to see the ultra-wide camera support Raw shooting.

Elsewhere, we'd like a built-in spirit level to help you see when your shot is level, which would be particularly handy for the ultra-wide camera. And a long exposure mode, one that uses computational trickery like the Spectre Camera app, would be a great addition to its main shooting modes.

Smartphone cameras are now capable of some impressive bokeh simulation for stills, but video is another challenge entirely. Samsung has attempted it recently with its 'Live focus video' mode on phones like the Galaxy Note 10 Plus, but right now it's an inconsistent gimmick. 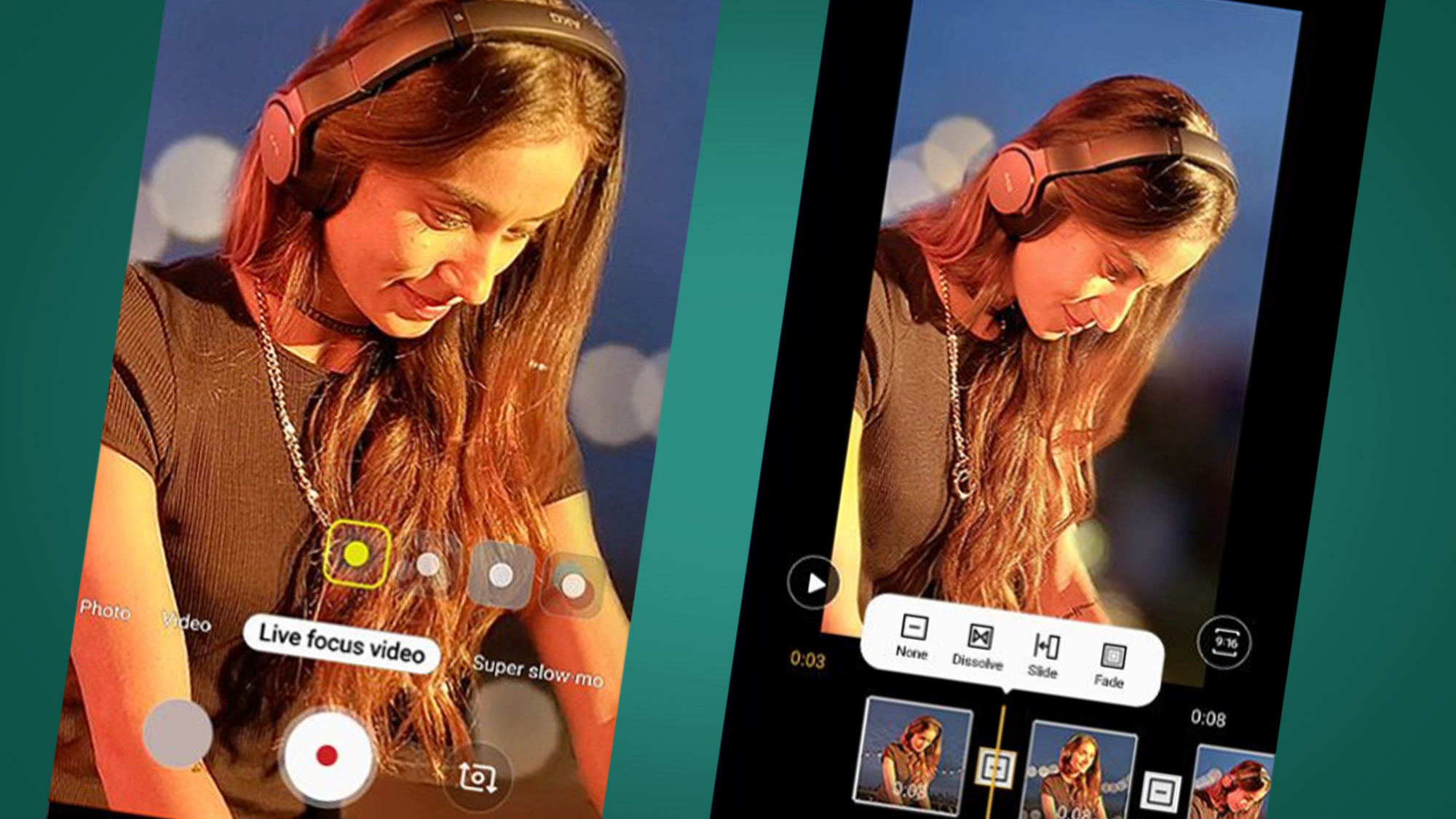 That's because simulated background blur is much harder to achieve for video than stills. Objects very close to the camera will have some natural shallow depth of field, but beyond that your phone needs to apply a mask to the subject and apply blur to each frame even as you move around.

It's certainly a big technical challenge, but perhaps an iPhone 12 LiDAR scanner could supply some additional information to help here, even if it's too low-resolution to do the job on its own. Until phones like the iPhone 12 can solve it, cameras like the Sony ZV-1 will remain higher on our best vlogging camera list for YouTubers.

The arrival of Night mode on the iPhone 11 series was very welcome indeed, and we're fans of Apple's natural-looking implementation of the feature. But that doesn't mean there isn't room for improvement. 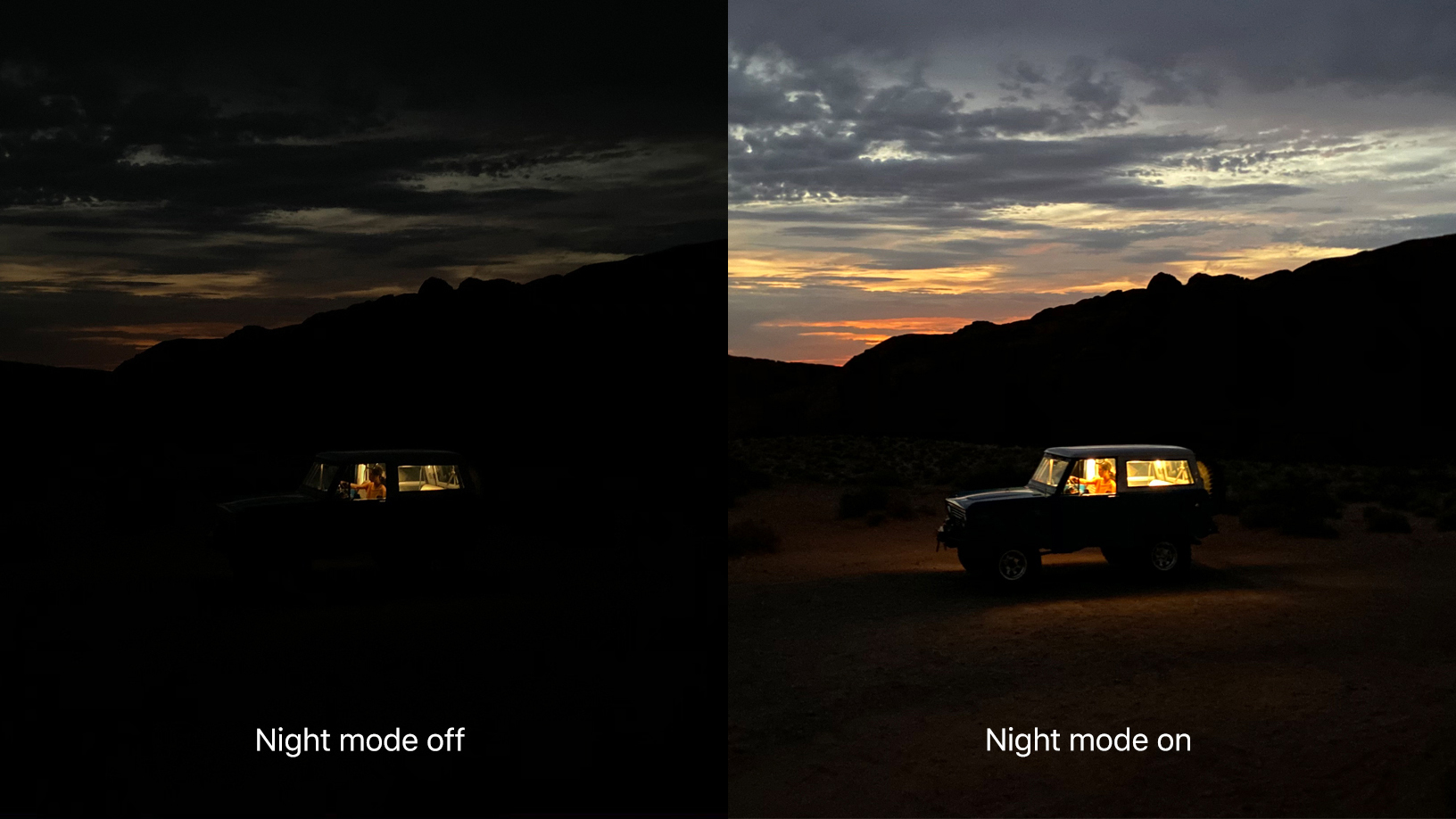 Firstly, it'd be great to see Night mode available on all of the iPhone 12's cameras. Right now, it's only available on the wide 26mm camera. Although it appears to sometimes work on the telephoto camera, some photographers discovered that it achieves this by sneakily switching to the 'wide' camera and digitally cropping the image.

We'd like to see Night mode available, without any of this kind of trickery, on all three lenses of the iPhone 12. It'd also be nice to have the option of manually triggering the mode, rather than waiting for it to automatically kick in, but this seems an unlikely move for Apple.

6. A little more resolution (but not too much)

So far, Apple has resisted the temptation to embrace the high-resolution sensors used by the likes of the Samsung Galaxy S20 Ultra and Huawei P40 Pro. Given the quality of the photos produced by the latest iPhones, we're perfectly happy with that, but it'd still be nice to see the iPhone 12's main camera get a 16MP sensor. 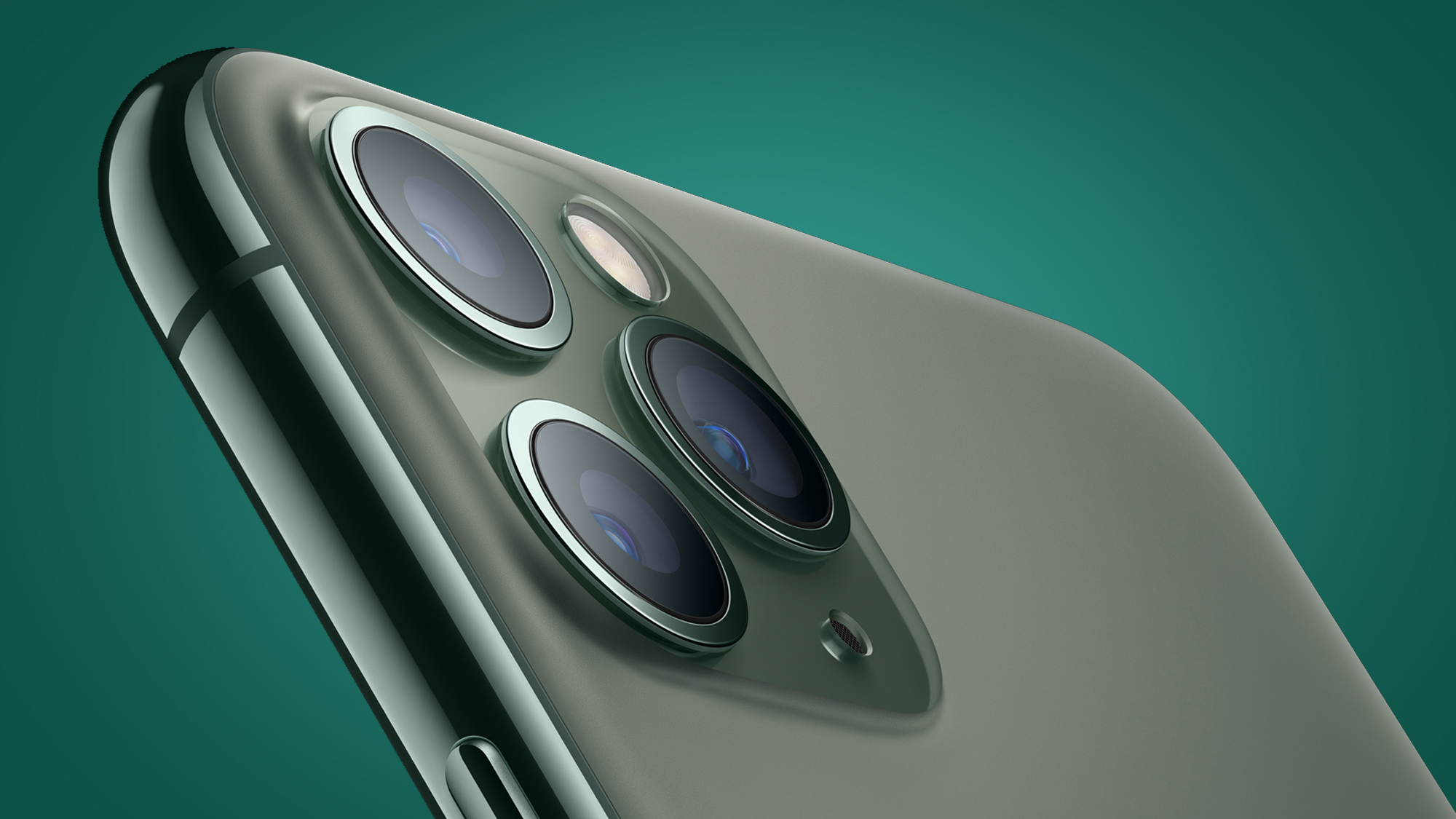 That extra resolution could come in handy when cropping details from images, without upsetting the iPhone 12 camera's performance or image processing pipeline.

High-resolution sensors, like the 108MP camera on the Galaxy S20 Ultra, can come with downsides like a lack of Dual Pixel autofocus, but we reckon 16MP would be a nice sweet spot for the iPhone 12.

One of the best features of Google Photos is that is it lets you store an unlimited number of 16MP snaps and 1080p videos. And while the Google Pixel 4 and Google Pixel 4 XL sadly didn't extend this to all photos at 'original resolution' for their owners, it's still a darn sight better than the free offerings you get with Apple's iCloud.

Right now, you still only get a paltry 5GB of free storage with iCloud, after which you'll pay a small fee for 50GB or more for options up to 2TB. You can, of course, still just back up all your snaps with Google Photos, which works perfectly well with iPhones.

But it'd be a lot more seamless, particularly for those who back up their phones to iCloud, to have everything in one place – and with the camera likely to be such a key part of the iPhone 12, free photo storage in iCloud would be a big, easy win for Apple.