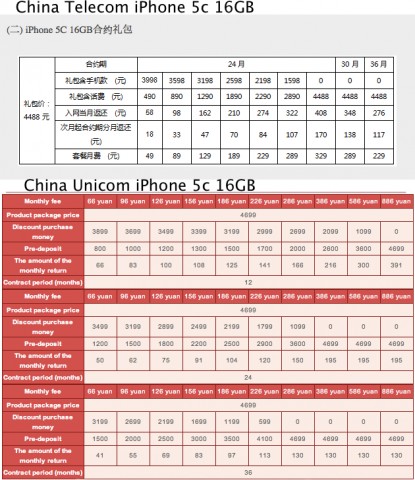 At 4,488 yuan — about $730 — the off-contract price of Apple’s new iPhone 5c may well be too heady for China, the world’s most populous mobile phone market. But the carriers distributing the device there are offering plenty of on-contract plans that pare its price down to a more appealing level.

Now admittedly, purchasing the iPhone 5c without any upfront costs from either of those carriers requires singing up for lengthy 24-month or 36-month plans with charges that might be off-putting to price-sensitive consumers. But the opportunity is there for those who are interested in it.

And early indications are that there’s a fair bit of interest. China Unicom said it’s already received more than 100,000 online reservations for the iPhone 5c and 5s since it began accepting them last week.