India is one of the biggest countries you could ever see in Asia and since the iPhone 6 and iPhone 6 Plus started selling in India, the two devices had a good response from the people. Both devices went on sale on the 17th of October. With Apple’s authorised resellers opening their stores from 12AM midnight to queues of customers, who wanted to get their hands on the iPhone 6 or iPhone 6 Plus before anyone else. 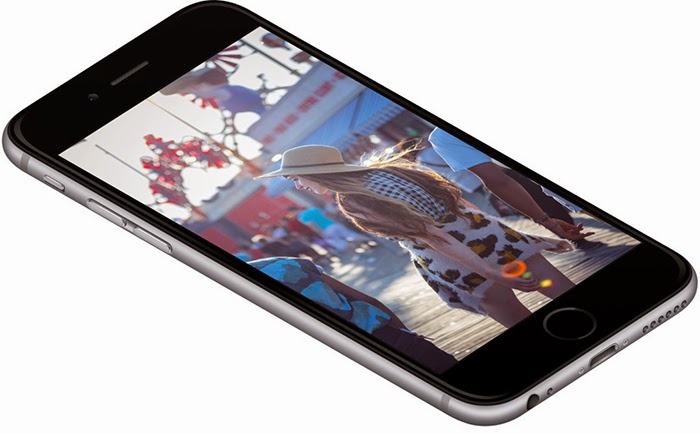 It looks like that most of people wanted to buy the new devices on the launch day, Apple is reported to have sent 50,000 units at launch in India, which seems to be less than the actual demand.

From The Economic Times:

The launch is part of Apple’s bid to drum up excitement about the new devices as it seeks to gain a stronger foothold in the Indian market and attempts to compete with rivals unveiling new devices. The India iPhone launch followed sales openings in the US and other markets on September 19.
The demand, more for the iPhone 6 than the 6 Plus, wasn’t restricted to Delhi and Mumbai, with Kolkata and Chennai also seeing an unprecedented rush for the devices as Apple embarked on its biggest pan-India launch.
Just ahead of Diwali, there is concern that Apple may not be able to keep up with demand. The Apple India team has asked the parent to rush another 50,000-55,000 units by early next week, according to two senior executives close to Apple’s trade team. “There is a strong indication that fresh stocks will hit by Monday evening so that Apple can make the maximum of Dhanteras and Diwali sales,” said one of them. Some stores weren’t that hopeful about an early replenishment of stocks.

Now I am going to leave you guys with a group of photos from inside India retail stores, you will understand what I am talking about. 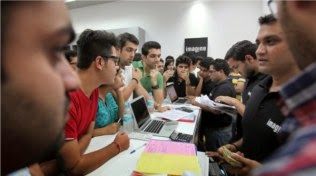 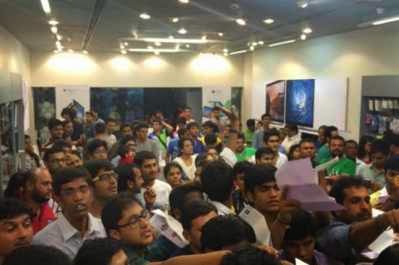 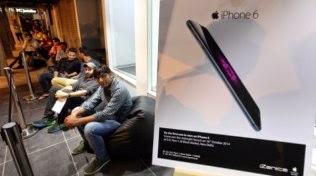 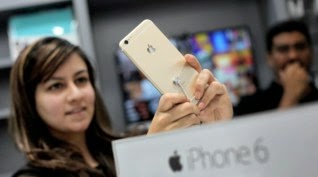