iPhone users are the biggest sexters 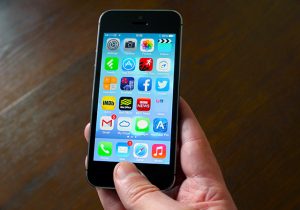 If you own an iPhone, you're more likely to be sending risqué messages to your significant other -- or at least that's the finding of a new survey.

The poll, conducted by YouGov and commissioned by insurance2go.co.uk, found that a third of iPhone owners -- over 30 percent -- had sent a rude text to their partner (or indeed, to someone else instead of their partner for one of those truly foot-in-mouth moments).

That was markedly more than the amount that those using other handsets had sexted, with those on BlackBerry devices (there are still some of them out there) having the second highest percentage of rude message senders with 21 percent. 17 percent of folks using Samsung devices admitted to sexting (of course, the numbers are likely a fair bit higher than those who actually admitted to doing so -- but that will be true across the board).

19 percent of respondents said they had sent a sext (or worse still a naughty pic) to the wrong person, and of those, one in twenty had accidentally sent their mother-in-law said message for the ultimate in embarrassment.

According to Sky News, Duncan Spencer, the MD of insurance2go.co.uk, commented: "It does seem that iPhone owners are certainly a little more risqué when it comes to their mobile communications".

"The moral of the story is that if you are going to send cheeky messages, check before you sext, otherwise you might find your private photo going viral. There are some things that can never be unseen".

Wise words indeed -- as we all know, these days, everything lives forever on the Internet.