Janet and Dennis find themselves in the middle of an international art theft scheme: It Doesn’t Pay to be Bad (Janet Maple Series Book 5) by Marie Astor 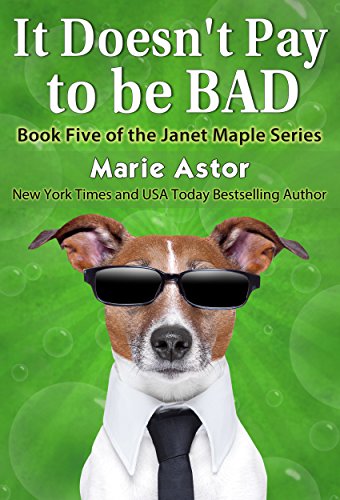 – Learn More
Text-to-Speech and Lending: Enabled
Follow bestselling author Marie Astor on BookGorilla
Don’t have a Kindle? Get yours here.
Here’s the set-up:

Janet Maple couldn’t be happier—she just tied the knot with the man of her dreams and her work partner, Dennis Walker. Back from their honeymoon, Janet and Dennis are about to settle into married life, but a simple painting they brought back with them turns out to be much more than a memento.

Suddenly, Janet and Dennis find themselves in the middle of an international art theft scheme, tasked to entrap one of the most sought after art criminals in the world. There’s just one glitch—Janet and Dennis aren’t exactly art buffs. Will the duo have what it takes to get the job done?

*It Doesn’t Pay to be Bad is book 5 of the Janet Maple Series, but it can be easily read on its own.*

“Marie Astor has a way of telling a story and will leave you with a smile on your face and wanting more. I love her books…” 5 star review