Mac Rumors Sep 16,  2013
Richard Padilla Sep 16,  2013 Read Source
Sep 16,  2013
Read Source
Japanese mobile carriers NTT DoCoMo, SoftBank, and KDDI are all set to offer the 16GB version of the iPhone 5s for free with a two-year contract, marking the first time that all three major carriers in the country will carry Apple’s flagship mobile device, reports CNET. Each carrier plans to offer the phone for free with discounts that enable the special pricing, with DoCoMo offering rewards points for users who bring in used iPhones from SoftBank or KDDI. 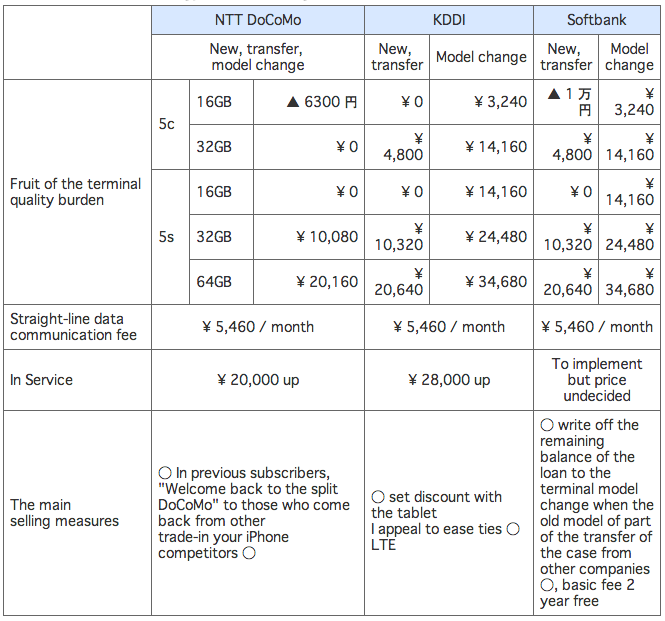 In July, it was reported that DoCoMo, Japan’s biggest mobile carrier, lost a total of 3.2 million users over the last four-and-a-half years as it had yet to reach a deal with Apple to finally offer the iPhone after its two chief rivals, Softbank and KDDI have done so. However, a report surfaced earlier this month that the carrier would finally be carrying the iPhone, after DoCoMo CEO Kazuto Tsubouchi cited “compelling reasons” to reach a long-illusive deal the month before.

Apple began pre-orders for the lower-cost iPhone 5c in 10 countries, including Japan, on September 13, and will offer the iPhone 5s in store and for online order on September 20th.