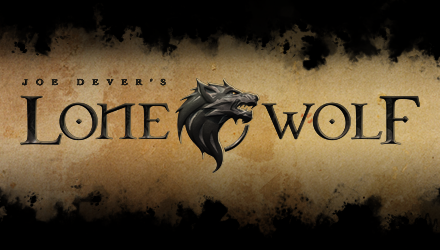 One of the games I'm most excited for is Joe Dever's Lone Wolf from Forge Reply and Bulkypix. It takes the universe from the Lone Wolf series of gamebooks, created by Joe Dever back in the mid-80s, and transforms it into a beautiful digital experience built for touchscreens. We took an early build for a spin in a TA Plays video, and one of the coolest aspects to Lone Wolf is when you enter combat and the faux gamebook stylings dissolve and bring forth a fully 3D rendered environment. It's an impressive effect to say the least, and if you're as excited for Lone Wolf as I am, you'll want to check out this new behind the scenes trailer where Joe Dever himself talks a bit about bringing his legendary series into the digital realm.

As we learned back in August when a new trailer for Lone Wolf was released for Gamescom, the game will be split into four different parts with part one, subtitled Blood on the Snow, set to hit sometime in November. I'm anxious as all get out to get my hands on the final version of Lone Wolf, so be sure to check out the discussion in our forums and keep an eye out for more details as the game's release approaches.