Samsung’s Galaxy S6 and Galaxy S6 Edge on T-Mobile are now receiving an update packed with the July 2017 security patch. It’s rolling out as an over-the-air (OTA) update and takes the Galaxy S6 to the build number G920TUVS5FQG1, while the Galaxy S6 Edge is receiving the software version G925TUVS5FQG1. T-Mobile has already publicized some details on the latest software for both phones, revealing that the updates are quite small, sized at 55.73MB and 55.1MB, respectively. As well as bringing the July Security patch, the upgrade will likely include various bug fixes as well as improvements pertaining to stability and performance of both devices.

T-Mobile rolled out the Android 7.0 Nougat update to both of these Samsung smartphones last month. The latest update is also based on Android 7.0, and it’s always a good idea to download such updates as soon as possible to keep devices secure. It will likely be rolled out gradually over the coming days and users will automatically receive notifications prompting them to download their patches when they are ready. However, device owners can check manually if they haven’t received a notification by heading to the “Settings” menu of the handset, tapping “About Phone,” and then selecting the “Software Updates” option. It’s recommended that before downloading and installing the new software package for either phone, it should be connected to a Wi-Fi network and have at least 50 percent of battery left so as to avoid it powering down during the process, which could cause a number of issues.

The Samsung Galaxy S6 and Galaxy S6 Edge both launched in 2015 and are powered by the Exynos 7420 system-on-chip (SoC). The two smartphones also feature 3GB of RAM, at least 32GB of internal flash memory, 16-megapixel rear camera, and 5-megapixel front-facing shooters. When the phones initially released, they were running Android 5.0.2 Lollipop skinned with Samsung’s proprietary TouchWiz UI, before being upgraded to Android Marshmallow in 2016, and then receiving Android Nougat this year. However, it’s not yet known whether they will receive the next major version of the Android operating system, although that seems unlikely at this stage, with Samsung usually providing only two years of major software updates for its flagships. 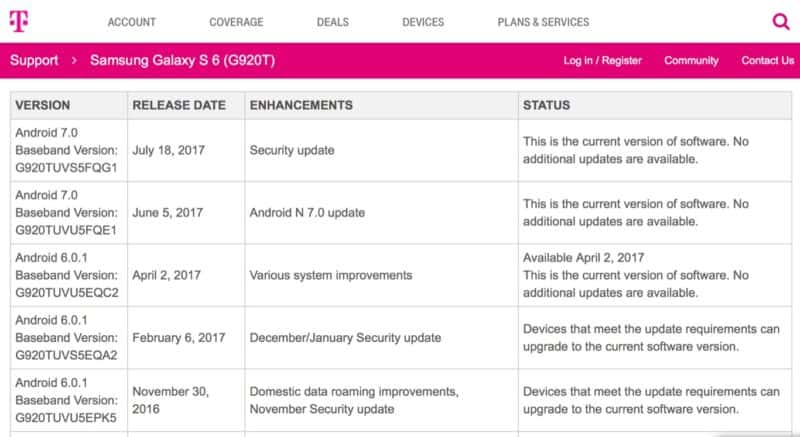 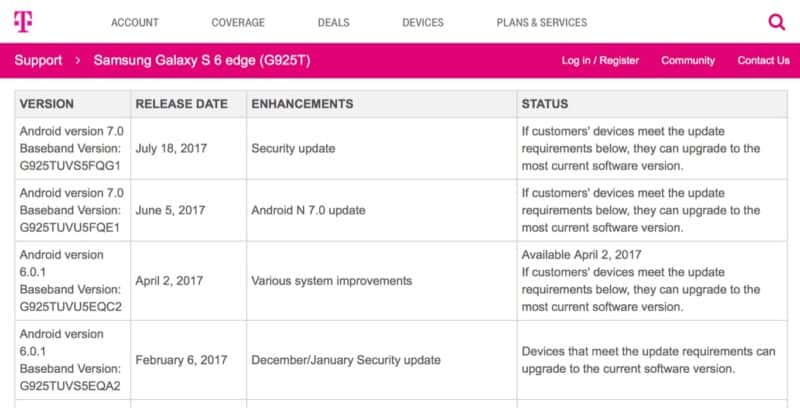