Just 99 cents for Today’s New Release from the author of Footsteps in the Sand: Black Magic Man By Ju Ephraime 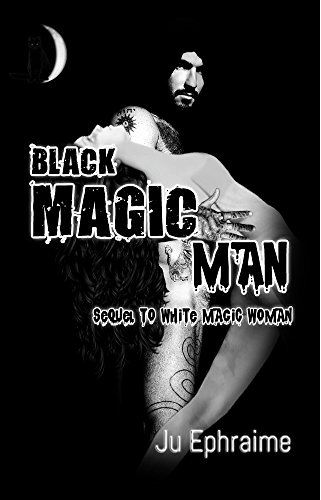 In the village of La Souf, Jean Louis is known as “Black Magic Man,” but his feats of magic as a sorcerer are nothing compared to the abilities he keeps hidden from human eyes. Jean Louis is under the tutelage of a Master Magician, and telepathy is only one of his many talents. It’s a talent that leads him to beautiful, sensual Solange Esnard, who instantly triggers all Jean’s primal urges. He recognizes in Lange the spirit of his long-gone love, but convincing her of that will take every bit of skill and talent he has, maybe even his death.

Solange has known about the powers of the Black Magic Man ever since she was a child. She has no reason to believe she would attract the attention of one, especially one as powerful as Jean Louis. She is happily married and loves her husband to death. When she is subjected to the unwelcome attention of Jean Louis, will she be strong enough to pit her will against that of a Black Magic Man? Only love, true cunning, and a bit of luck may possibly prove her successful in this battle for the one she love.

5-star Amazon review
“Careful attention has been given to developing a compelling plot, establishing mood, and painting scenery in vivid, broad-brush strokes. And the storytelling is exquisite, allowing the reader to get as close to the protagonists emotional life: doubts, fears, tears, strengths, and weaknesses. I highly recommend this story…”

Just 99 cents for Today’s New Release from the author of Footsteps in the Sand: